Oluwaseun Temitope Osewa, a Nigerian internet entrepreneur, founder of Nairaland, a popular internet forum launched in March 2005, which was projected as the biggest African forum by Forbes, has disclosed the reason why he no longer support Peter Obi, the Presidential candidate of the Labour Party. 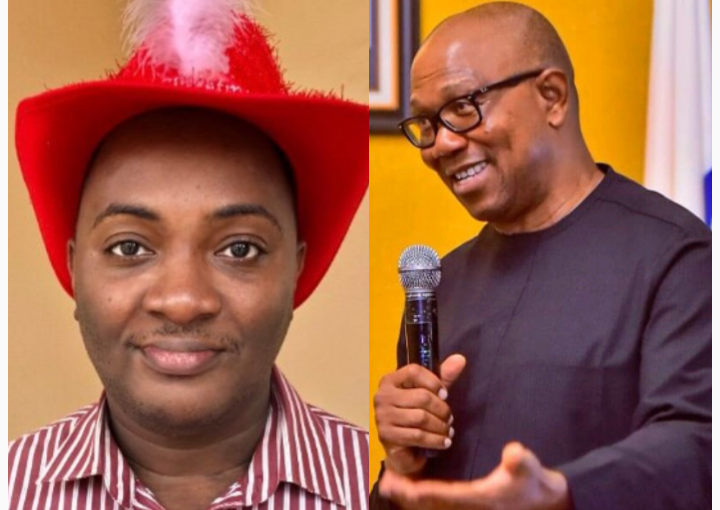 Seun Osewa made this disclosure on Twitter while replying to a fan who said that it is a known fact in Nairaland that he hates Peter Obi.

The fan made the above statement while replying to Seun Osewa’s tweet where he wished that David Hundeyin, a Journalist and founder of West Africa Weekly, will investigate the alleged N250M to N255M cash that was allegedly found on Peter Obi’s aides in 2009. In the tweet, Seun Osewa said that he has been feeling pains on his head after reading many conflicting allegations and explanations about the money. 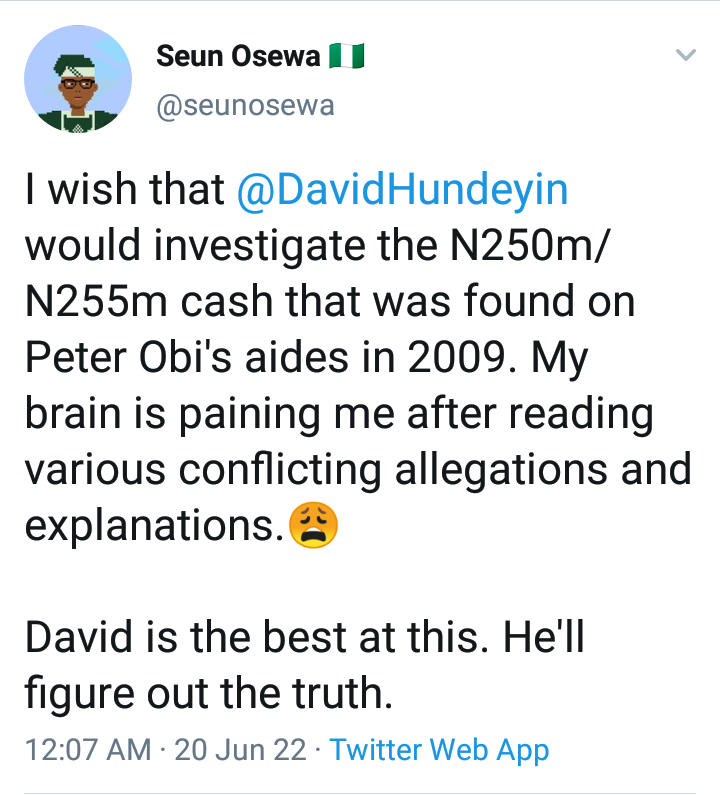 However, Seun Osewa said that Peter Obi became his favourite candidate after Vice President Yemi Osinbajo failed to clinch the Presidential ticket of the ruling All Progressives Congress. 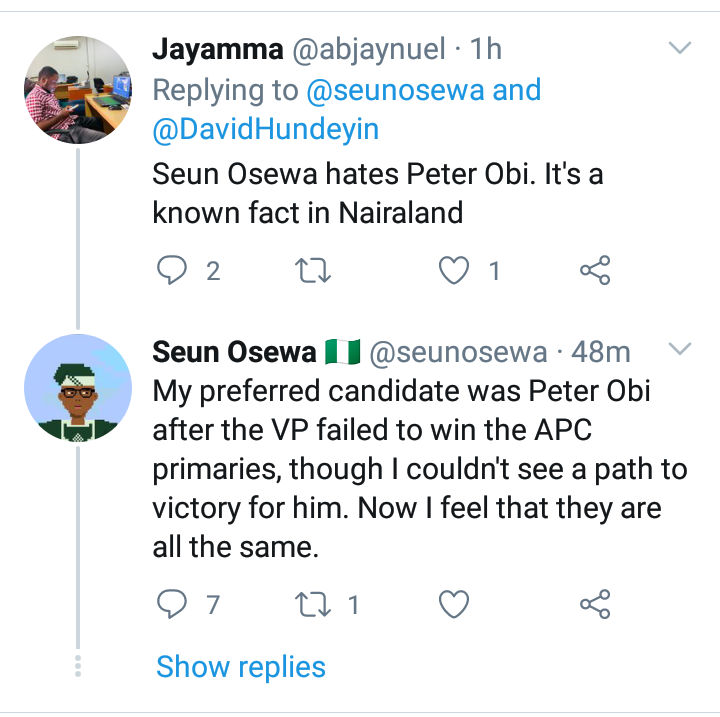