Home COUNT DOWN Five divorced Nollywood actresses yet to remarry 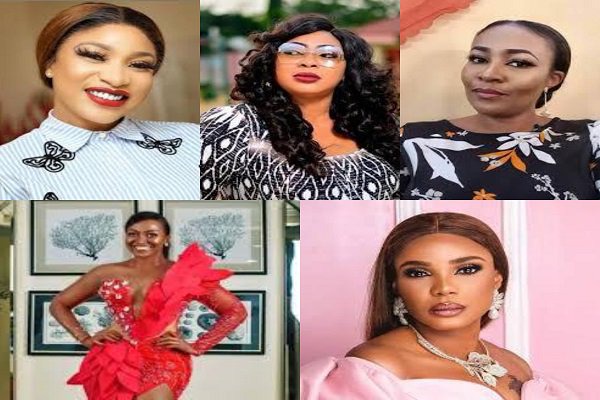 Their first marital adventure hit the rock. It ended badly. While many expected them to give marriage another try, they are yet to gather the courage to do so.

Here are five Nollywood actresses who are yet to remarry:

Kate Henshaw is one of the most sought-after actresses. Despite being over 45 years old, she still appears to be lovely and youthful. She earned the Africa Movie Academy Award for Best Actress in a Leading Work in 2008 for her role in the romantic film “Stronger than Pain,” in which she co-starred with Emeka Ike. Kate Henshaw married her long-term boyfriend Rod Nuttal in 2000, and the couple had a beautiful daughter named Gabrielle Nutall. After a few years, their marriage fell apart, and they went their separate ways.

On set, the Lagos-based actress met her ex-husband, producer and director Daniel Ademinokan, also known as Da Bishop, and they have a kid together.

They divorced in May 2013, giving Da Bishop the opportunity to marry Stella Damasus, an actress and widow of Jaiye Aboderin, in 2013, causing a lot of controversy. The two lived together as a couple for years before recently splitting.

In August 2015, she married Olakunle Churchill in a traditional ceremony.
Dikeh gave birth to a son in February 2016. However, the couple has gone their separate ways since then.

Dikeh became embroiled in a web of controversy in early October 2021 after posting purported voice notes on her social media handles claiming that her ex-lover, JOSEPH EGBRI (also known as Prince Kpokpogri), had sex tapes and nude photos of Usiwo Orezimena Jane, a Nigerian dancer known as JANEMENA, on his smartphone. Dikeh allegedly made the accusations after a tumultuous breakup with her ex-lover, Kpokpogri, in September.

Iyabo took a pause from her profession after marrying a Lagos-based movie marketer in 1999 at 21. She has two children, Felix Ojo and Priscilla Ajoke Ojo born in 1999 and 2001, respectively. She is now divorced from their father. Her first marriage ended because she married too young, she has said. She has stated that she will no longer use her ex-last husband’s name, Ojo.

Ayo began her acting career in 1995 when she made her first appearance on television in Tunji Bamishigbin’s soap opera “Palace.” She later entered the Yoruba cinema industry where she has appeared in, produced, and directed a number of films. She also features in films in the English language.

Ayo Adesanya was previously married to Goriola Hassan but they are divorced and have not married again. Ayo Adesanya is also the mother of a son.

5 Nollywood actors who are married to fellow Nollywood stars

Meet The Most Beautiful Black Female Celebrities in The World

5 Celebrities Who Changed Their Teeth (Photos)