Home GOSSIP Its Payback Time For Asiwaju, I Am Not A Betrayer, Serpent Or...

The spokesperson of the All Progressive Congress Lagos chapter, Joe Igbokwe has pledged his support and heart to the party presidential candidate, Bola Ahmed Tinubu. Joe who is a long-time follower of Tinubu has benefited a lot from him as a leader. He has made a series of statements trying to convince his followers on his social media pages to also support Tinubu in the next general election.

According to a statement released by the spokesperson, he boldly said that it is payback time for Asiwaju after everything he has done for him throughout his career. He said if not for the help of Asiwaju who made him the GM LASIMRA, Chairman Wharflanding Fees Collecting Authorities, and Publicity secretary under the AC, ACN, and APC. Adding that he is trying to show his gratitude for the support and encouragement the party flag bearer gave him before. 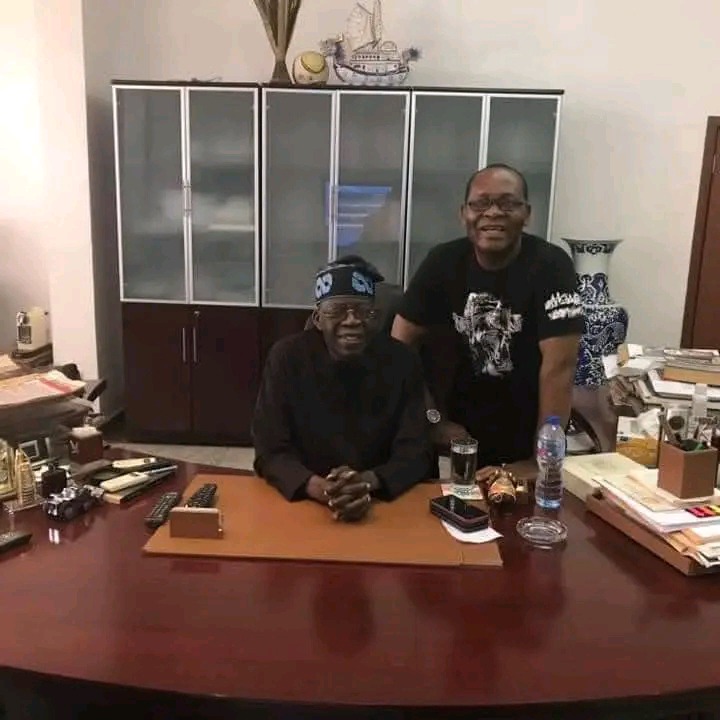 He also said that he is not a betrayer nor is he a serpent or a selfish person, saying one good thing deserves another. He added that his votes and that of his friends will go to Asiwaju even those people he has personally helped will should pay him back for supporting Asiwaju. 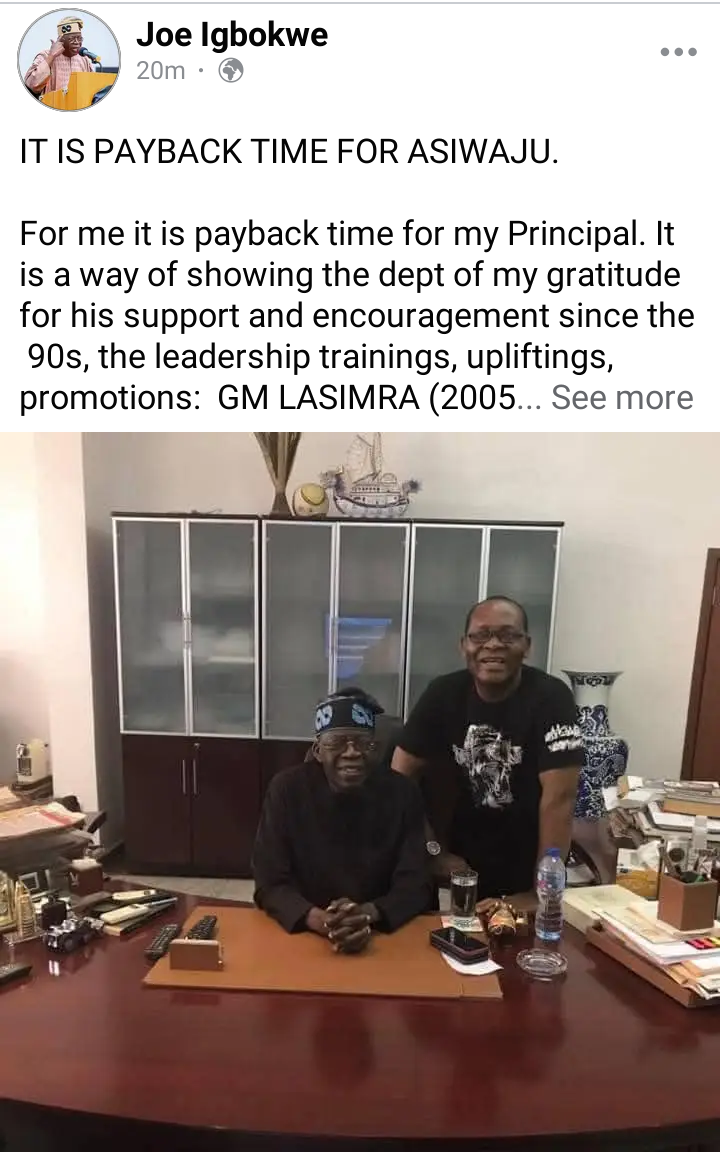