Home SPORTS ‘I’m not proud of it’: Zinedine Zidane opens up on his famous... 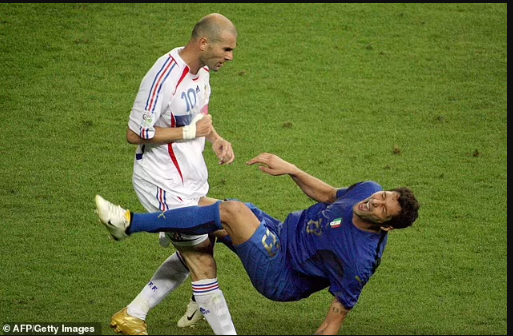 Football icon,  Zinedine Zidane has revealed he is ‘not proud’ of the famous headbutt which saw his playing career come to an end.

The former France midfielder retired in 2006 after a stellar playing career, with his final match being the 2006 World Cup final between Italy and France.

In the match, he headbutted Marco Materazzi in the second half of extra time, received a red card before Italy went on to win the game on penalties. 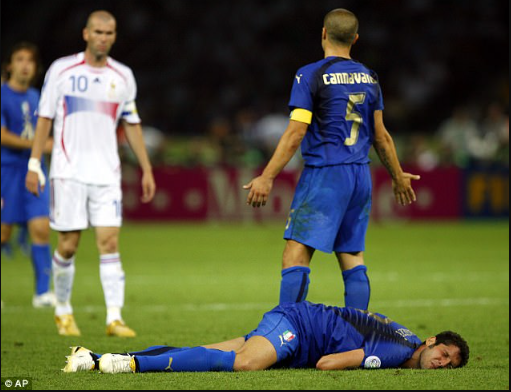 Via Football Italia, Zidane told Telefoot: ‘I’m not at all proud of what I did, but it’s part of my past.’

It was speculated that Materazzi provoked Zidane.

Zidane had already planned to retire after the tournament, meaning the red card shown by referee Horacio Elizondo brought a premature end to his career.

Zidane had opened the scoring in the game from the penalty spot with a ‘panenka’ effort past Gianluigi Buffon, but Materazzi equalised just 12 minutes later before Italy went on to become champions.

On the penalty, Zidane, who was speaking as part of a programme to celebrate his 50th birthday, said: ‘I had a second or two to think about how to take it. I had in front of me a goalkeeper who knows me really well so I had to think of something.

‘In that effort, there was certainly technique, I don’t think there was madness. You can miss a penalty but in that moment it is what I had to do.’

Zidane ended his international career with 31 goals for France in 108 games, as well as a World Cup, won in 1998 on home soil. He also enjoyed a successful career at the club level, making over 500 appearances for clubs such as Juventus and Real Madrid.

He went onto become a manager, and won three consecutive Champions League titles with Real Madrid from 2016-2018, before leaving the club.