Home SPORTS According to FIFA, More Than Half of Players at Euro 2020 and...

It appears that no one will ever be safe from online trolls s long as social media is around. According to a shocking FIFA report, more than half of the players who participated at Euro 2020 last year and the 2021 Africa Cup of Nations in Cameroon in January were subjected to some kind of discriminatory abuse. 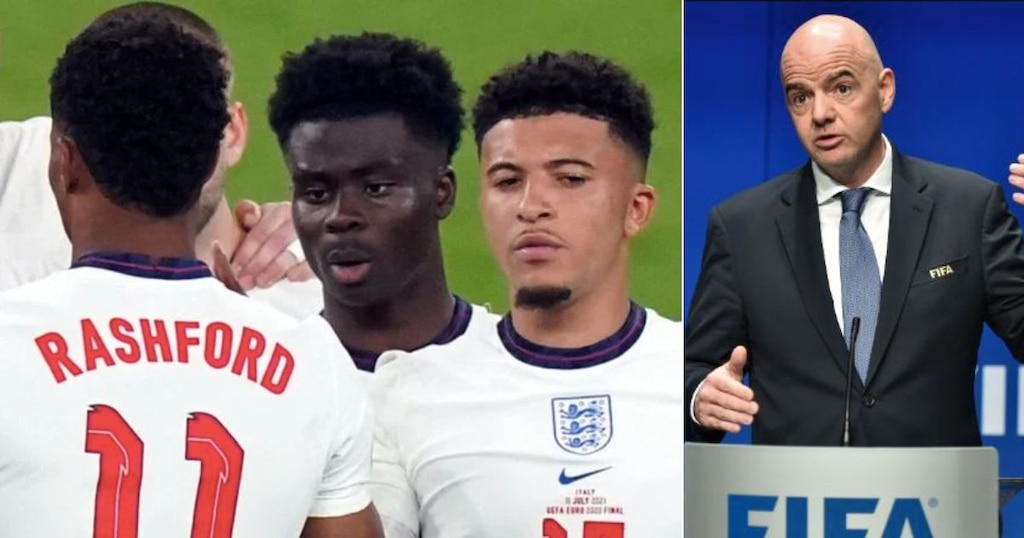 According to TimesLIVE, the independent report used artificial intelligence to track over 400 000 posts on social media platforms during the semifinal and final stages of the two competitions and found the majority of abuse to be homophobic (40%) and racist (38%).

Ironically, most of the abuse hurled towards the players originated from the countries they represented, occurring before, during and after matches.

Infamously England’s Marcus Rashford, Jadon Sancho and Bukayo Saka were viciously bombarded with online abuse after missing their spot-kicks in a shootout against Italy that handed the latter the championship, as per CNN. FIFA President Gianni Infantino said in a statement: Our duty is to protect football and that starts with the players who bring so much joy and happiness to all of us by their exploits on the field of play.

Unfortunately, there is a trend developing where a percentage of posts on social media channels directed towards players, coaches, match officials and the teams themselves is not acceptable, and this form of discrimination – like any form of discrimination – has no place in football.” The report added that the abuse on Twitter was constant across the period of its study while Instagram abuse was “event driven” – like losing a final, for example – and more than 75% of comments on the platform included emojis.