Former Super Eagles captain Sunday Oliseh has stated that the talent of Wilson Oruma helped the Dream Team to win the gold medal at the football event of the Atlanta 1996 Olympics.

Nigeria stunned the world coming from 3-1 down to beat Brazil 4-3 in the semifinal of the competition where Kanu Nwankwo equalised in the closing seconds, before another sensational strike in extra time to ensure the Africans qualify for the final courtesy of the golden goal rule.

The Dream Team then faced another South American powerhouse, Argentina, in the final of the tournament – a squad that paraded some of the best stars in world football at that time including Ariel Ortega and Hernan Crespo. 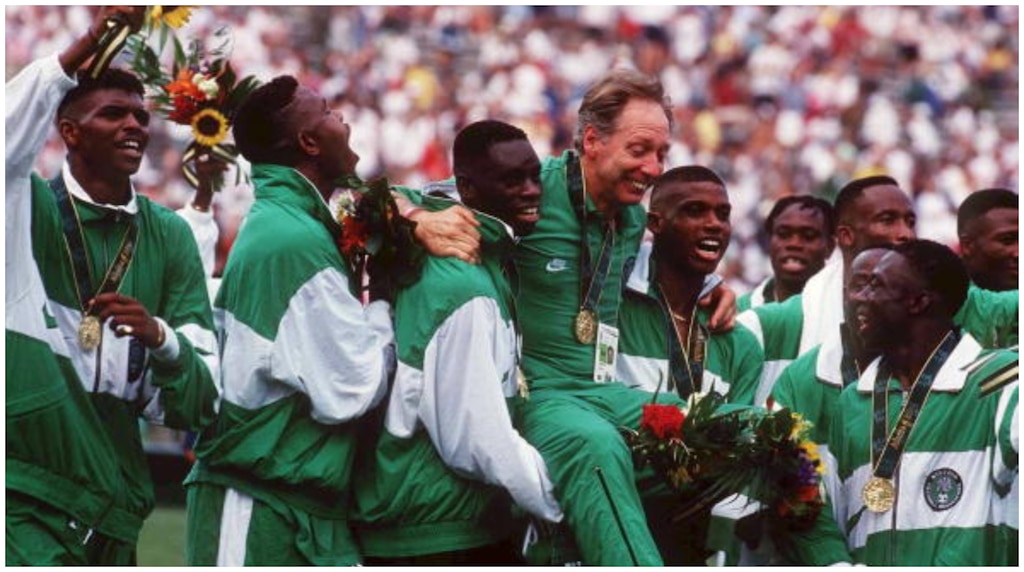 Nigeria came from behind twice in the encounter and then Emmanuel Amuneke scored the winning goal beating the offside trap to win it 3-2. Kanu Nwankwo was with the ball when the referee signalled the final whistle; behold Nigeria are Olympic champions, but Oliseh credited the glorious moment to Oruma’s brilliance.

In a review of his book Audacity to Refuse during a special podcast by YouTube channel ATHLST, which was anchored by Matthew Edafe, former national team captain Oliseh said: “Wilson Oruma… if he was not in that team, we wouldn’t win the Olympics gold.

“When you’re talking of MVP of Olympics, it was Wilson Oruma. Listen carefully, Wilson Oruma in the training was always playing on the opposing team against me most of the time. “I knew in training I had to play a hundred percent because he was extra talented.