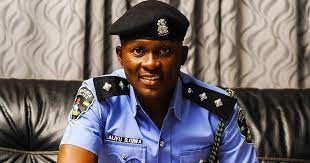 Police officer, Aliyu Giwa, has shared the story of a man who some years ago came to the station to report his son whom he said beat him up.

Aliyu added that the elder brother of the man later came to the station and disclosed that the man was notorious for beating their father up and that a curse was placed on him by the elders many years ago.

Read the story as shared on his Twitter handle below… 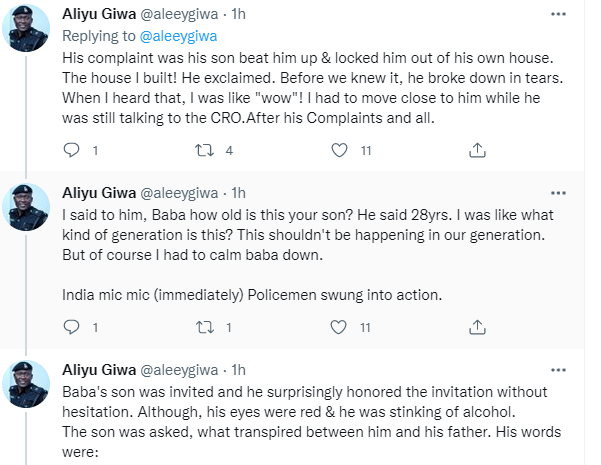 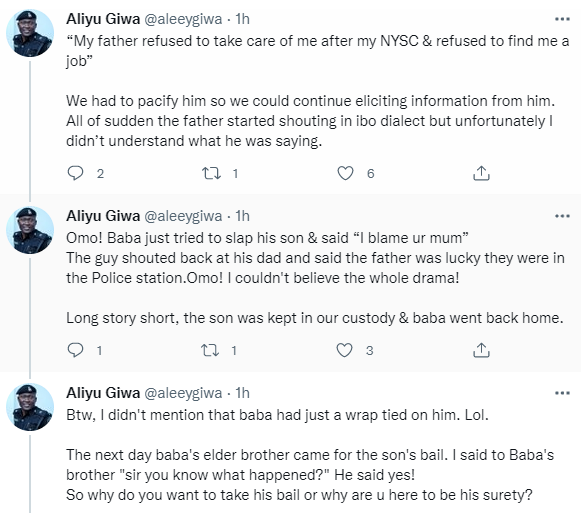 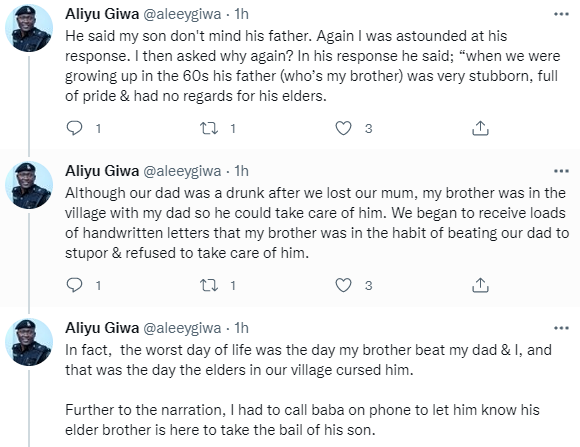 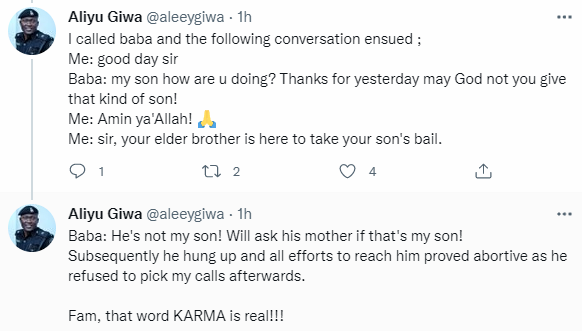