Mixed reactions has been trailing the selection of the governor of Delta state, Ifeanyi Okowa as the running mate of Atiku Abubakar for the 2023 presidential election. 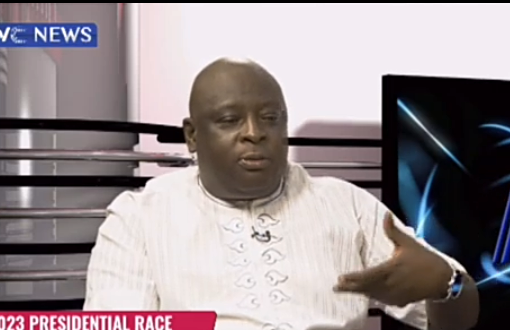 It would be recalled that Atiku made his choice to go with Okowa on Friday after several consultations. There were about six options before Atiku before he settled with Okowa as his running mate.

Speaking on the development, popular Nigerian broadcaster and multiple awards winning journalist, Babajide Otitoju has claimed that the emergence of Ifeanyi Okowa As Atiku’s Running Mate might work for APC.

Speaking during today’s edition of journalists hangout on TVC, Babajide said votes that should go to Atiku in the general election would be split since there is another Igbo Candidate in the labour party.

Hear him “It can work for the APC in a way because the people of the South-East have their own son on a different ticket, that’s the labour party. They are likely to vote for the labour candidate.” Babajide Otitoju stated.