Home POLITICS Bianca Ojukwu Reveals What Peter Told Her In 2009 After She Told...

It can be recalled that the founder of the Enugu Adoration Ministry, Father Ejike Mbaka yesterday released a statement where he referred to Peter Obi, the Presidential candidate of the Labour Party, as a stingy man and that he won’t win the 2023 elections because he is stingy. 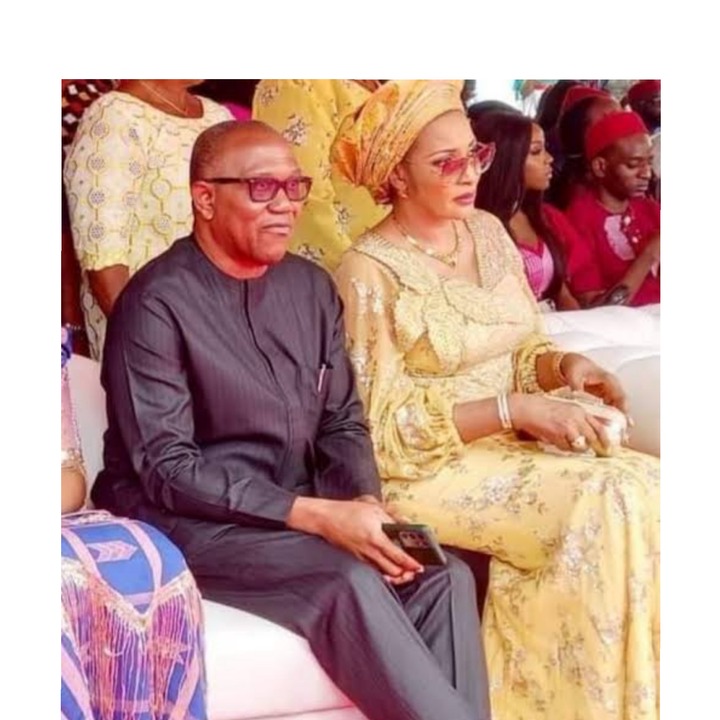 Reacting to the statement of Father Ejike Mbaka, the wife of Late Ojukwu, released a statement via her twitter handle where she revealed her encounter with Peter Obi in 2009, when Peter obi visited Dim Chukwuemeka l Ojukwu in Dallas, Texas.

According to her, Peter Obi was sent by Dr. Goodluck Ebele Jonathan to deliver a message to Ojukwu and also to attend a black tie event at Texas.

However, taking cognisance of Peter Obi’s outfit which was not fit for him to wear to the black tie event at Texas, Bianca Ojukwu advised him to buy a new suit with a piece tag of 3,985 dollars plus tax.

Peter Obi subsequently did the calculations, and then told Bianca, “Do you know how many students this amount of money can train in Nigeria?”.

Below is the screenshot of Bianca’s statement on Peter Obi; 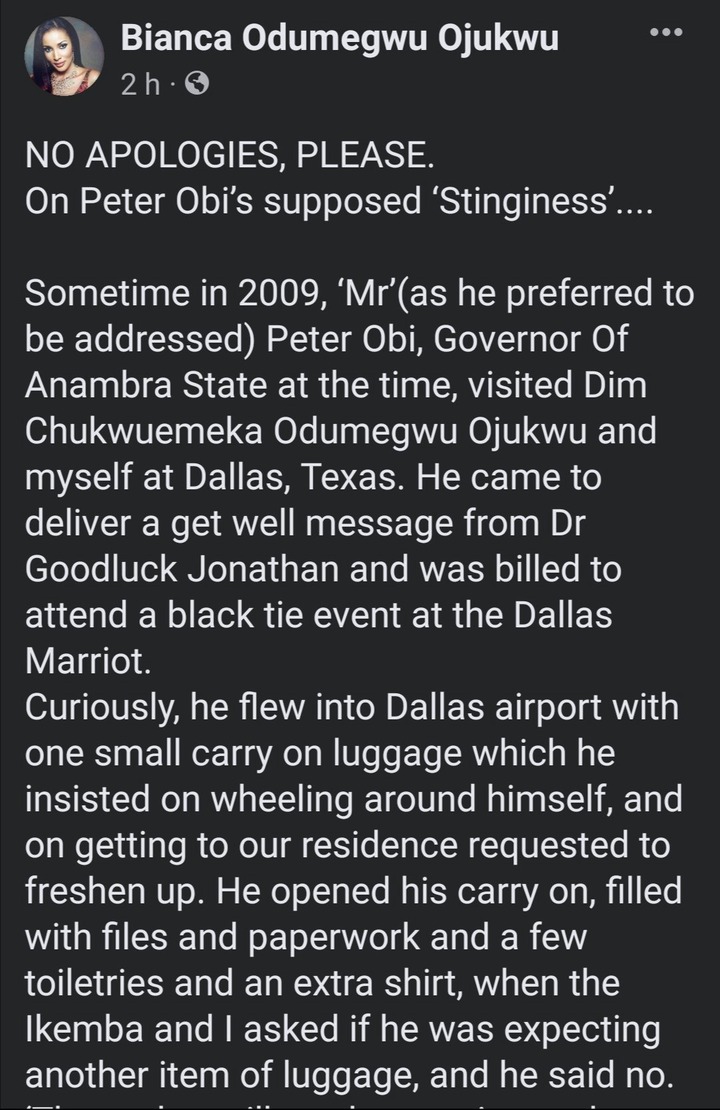 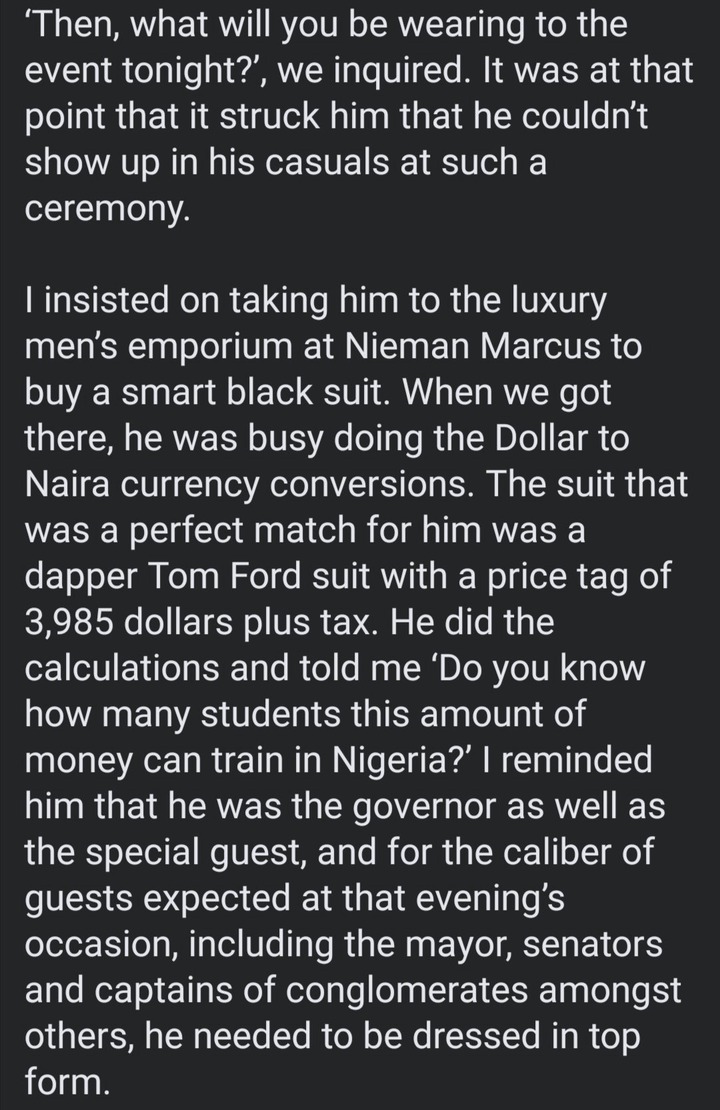 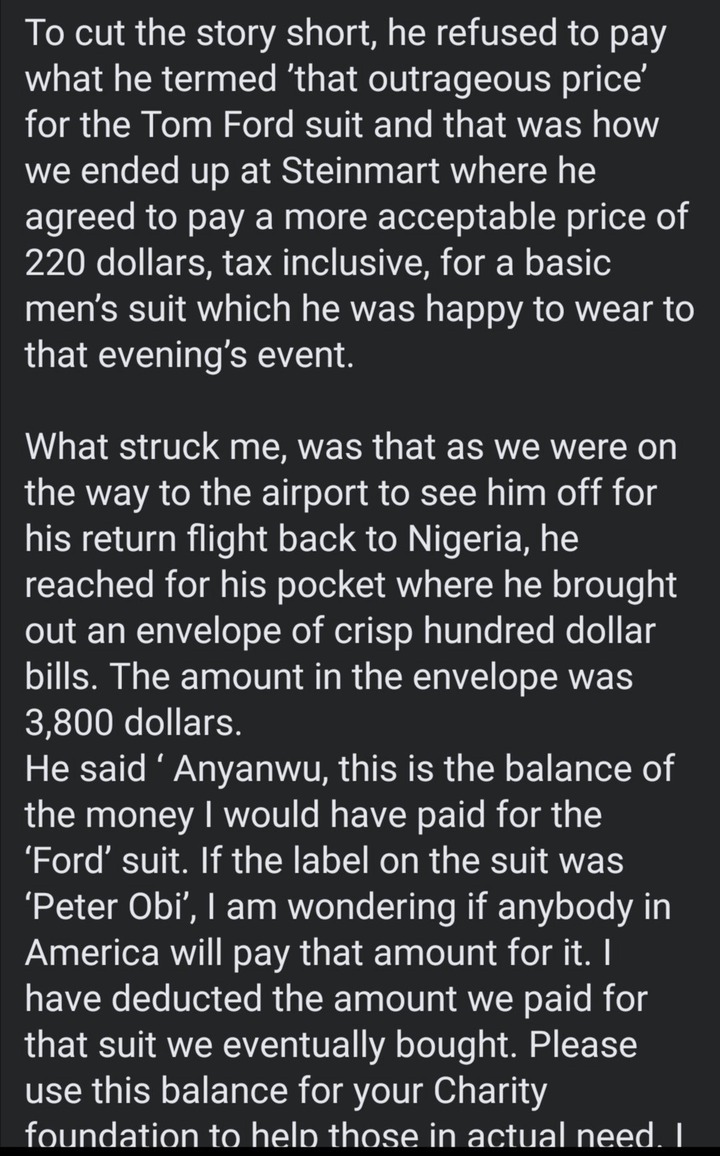 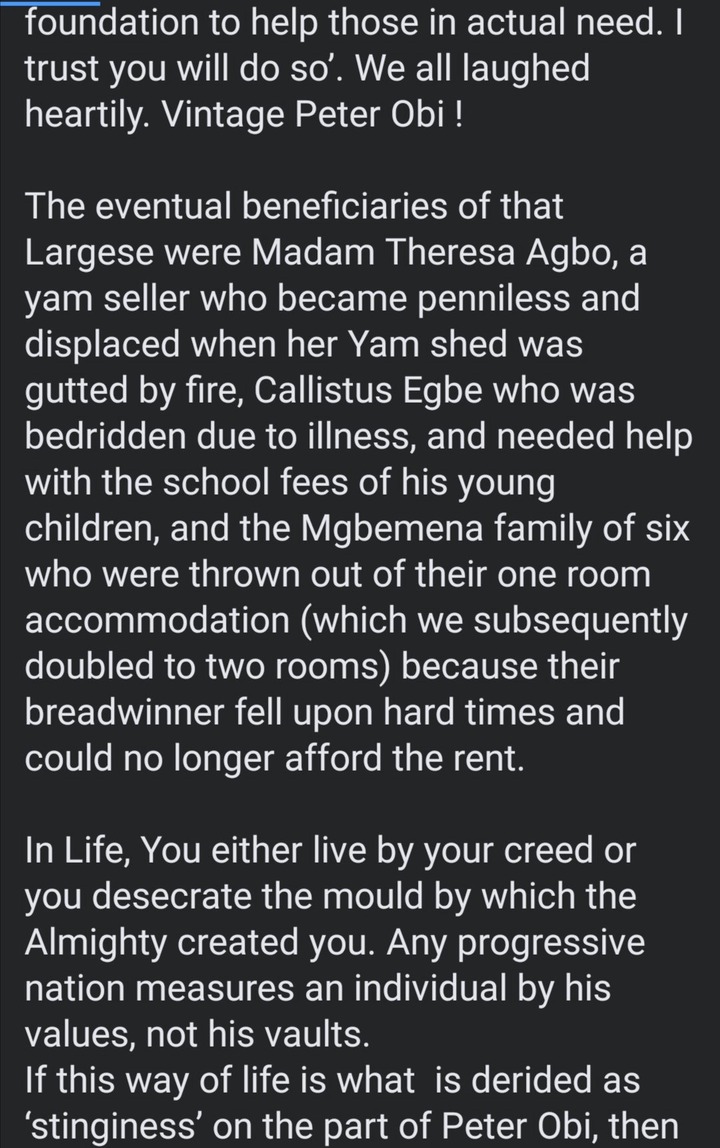 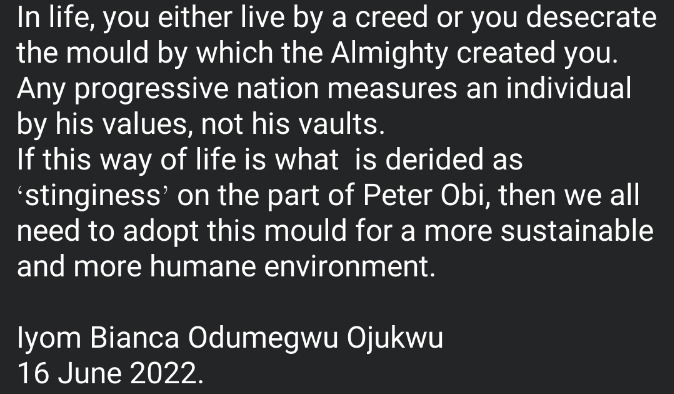