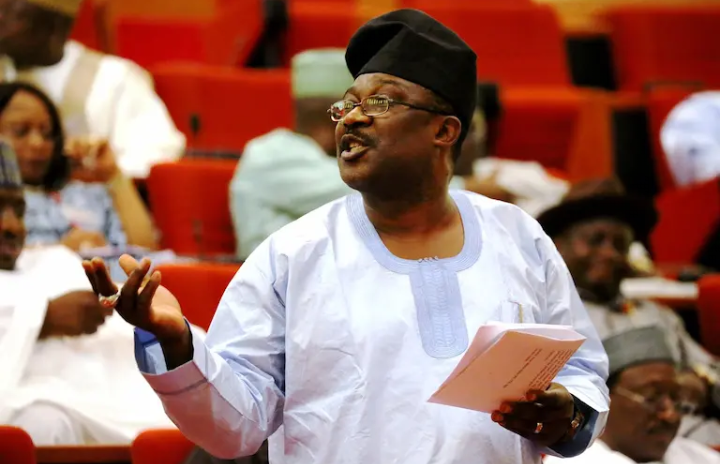 Senator Smart Adeyemi, who represents Kogi West in the National Assembly, has promised to sponsor five people on a hajj trip to Makkah, Saudi Arabia, in exchange for the money he gave out to delegates during the senatorial zone’s APC primary.

Adeyemi’s attempt for re-election to the Senate was cut short when he received only 43 votes in the primary election, placing him in a distant third place.

Adeyemi denounced the election as a full rape of democracy, a daylight robbery, and an exceedingly manipulative exercise when speaking with journalists at the National Assembly in Abuja on the conclusion of the primary conducted on May 28, 2022.

The senator said he ran in the primary against the advice of the state’s APC chairman, Abdullahi Bello, who requested him to step down and devote his full attention to Governor Yahaya Bello of Kogi State’s presidential campaign.

He claimed that a closed-door meeting convened by the state’s party chairman at the governor’s request to persuade him to drop out of the campaign was deadlocked because he insisted on running.

Except for a small number of delegates, Adeyemi said that they were forced to vote against their preferences.

After voting against him, he stated five delegates from the Koton Karfe local government region returned the money he paid them for “travel, housing, and feeding” charges.

He was struck by their honesty, and he invited them to take the money with the promise of sponsoring them to Makkah for the hajj trip in 2023.

“Normally, we provide some support to delegates to supplement their expenses, transportation, eating, and lodging,” he stated. But don’t ask me how much it will cost.

“Delegates from a certain local government, which is primarily populated by Muslims, were not allowed to vote for me because the returning officer, who is also from that local government and is a Muslim, asked them to vote for Sunday Karimi, who is from a nearby federal constituency to mine.”

“Koton Karfe is the name of the local government. Five of them arrived in Abuja a week after the election, and they are all Muslims. They told me that taking what does not belong to you is haram (prohibited) in Islam.

“So, senator, we’ve returned all of the money you gave us for eating, lodging, and transportation because we weren’t allowed to vote for you.” You, on the other hand, are our candidate. They sobbed because they had been refused. However, please take our images for future reference.

“This is your money,” says the teller. I looked them in the eyes and said, “You have endeared Islam to my heart, despite the fact that I am a Christian.” You gave the money back? Please proceed with the cash. This money has been blessed by me for you. They began to cry, and I informed them that I would send the five of you to Makkah the following year. If your trust in Islam is like this, you have increased my respect for Islam.

“I have funded almost 400 Muslims to travel to Makkah.” But it struck me personally when five Muslims returned the money I gave them and stated it was haram.

“I had no idea we still had Nigerians like this.” They returned the money and stated that they would not be able to vote for me. “I photographed them.”