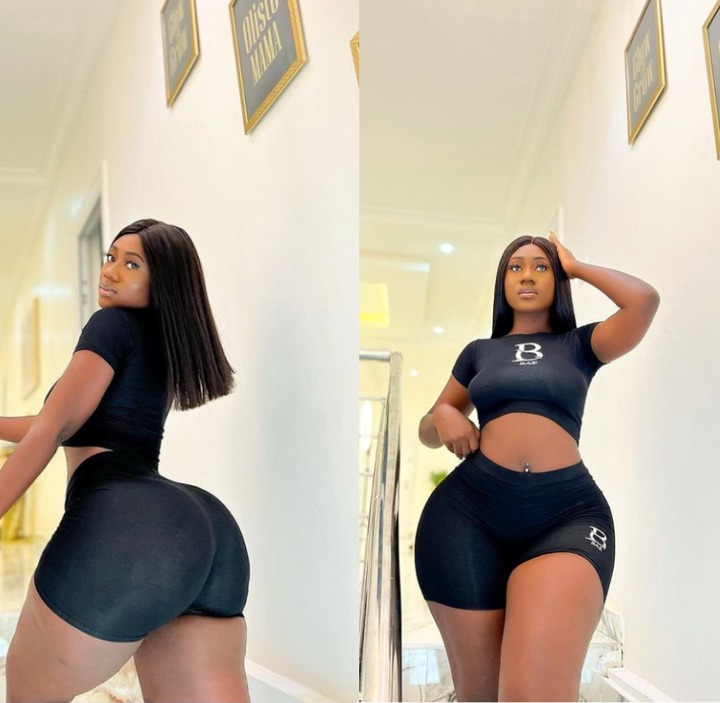 Hajia Bintu is a sought-after young and skilled Ghanaian socialite who is blessed with a beautiful hourglass body shape and dark skin that the majority admires. The beauty queen has been dubbed “one of the top Instagram personalities” who has “taken social media to a whole new level” with her fantastic vibes and stunning photos she posts on various social media platforms. She just released the mind-blowing photos to her official Instagram account a few minutes ago, and the photos have been raising outcry on Instagram since she looks stunning in them.

Hajia Bintu, as usual, captured fans’ attention with her photos, in which she was seen flaunting her voluptuous body shape in black tight bum short and a small top, putting her attractive beauty on display. The photos were taken in a beautiful location, which provided a lovely backdrop and good looks. The models also posed for the photographer in classic postures.

See the beautiful pictures below: 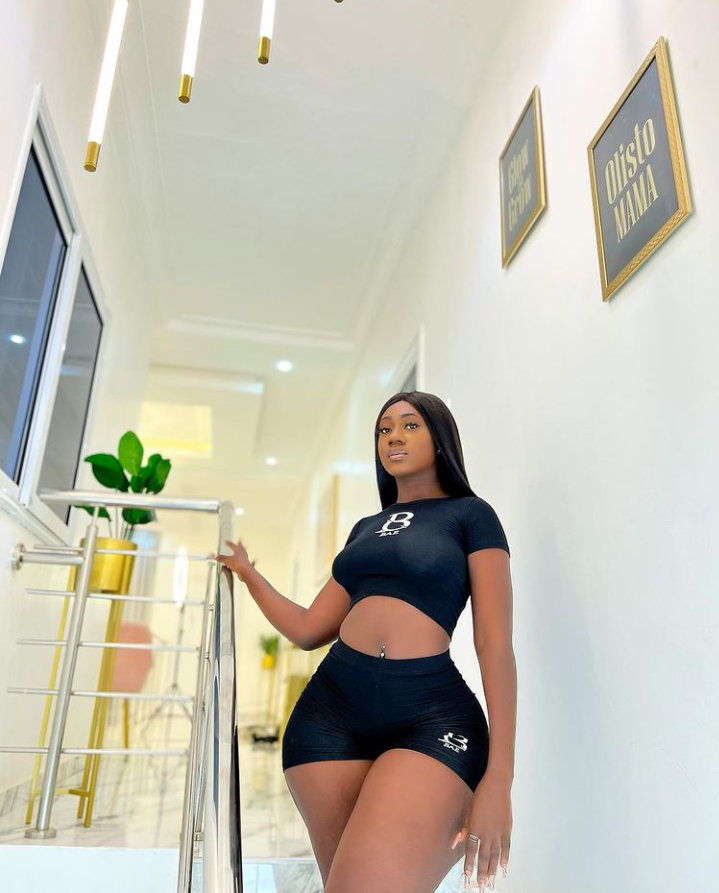 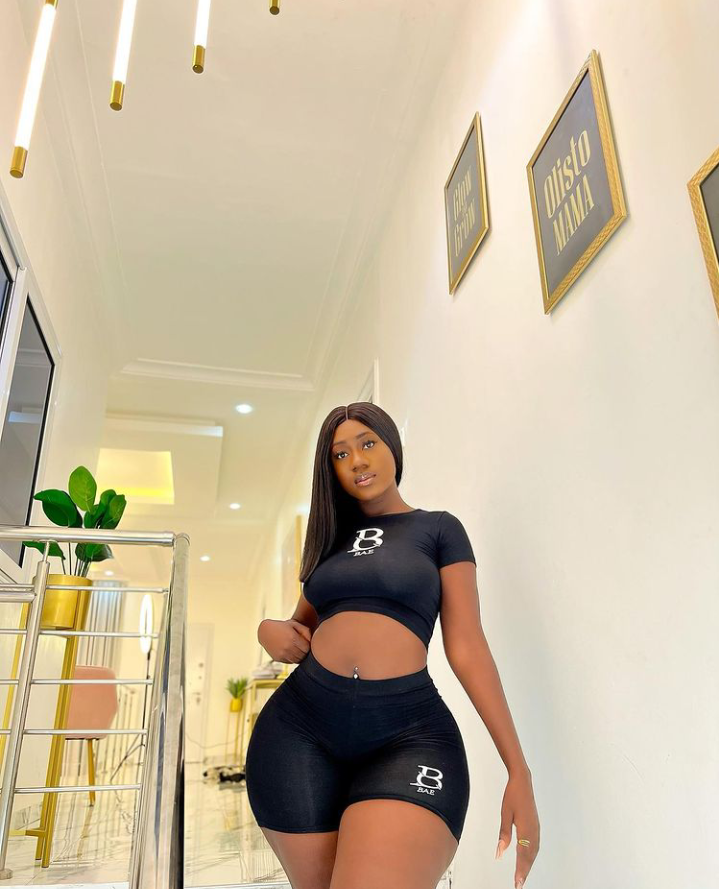 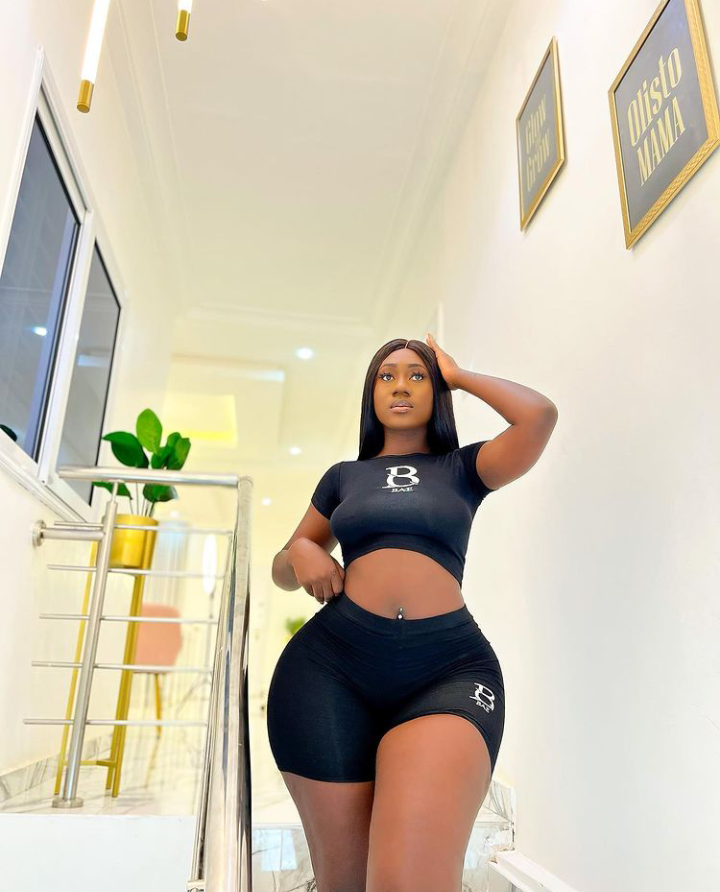 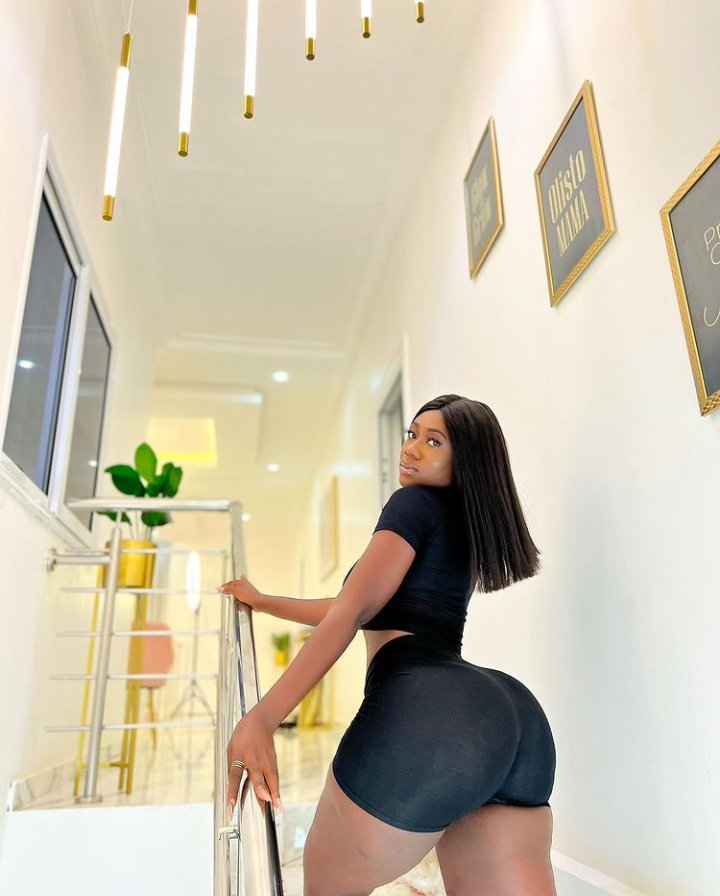 On posting the adorable pictures, she added a motivating caption, where she advises her fans not to bother themselves about anything and they will surely be happy. She wrote; “Learn Not To Give a Damn, You will be Happier.”

Nevertheless, a few minutes after these lovely pictures surfaced on Instagram, fans began dropping positive comments and nice emojis in the comments section of the post.

Below are the details of some of the Screenshot gotten from the comments section of the post on Instagram: 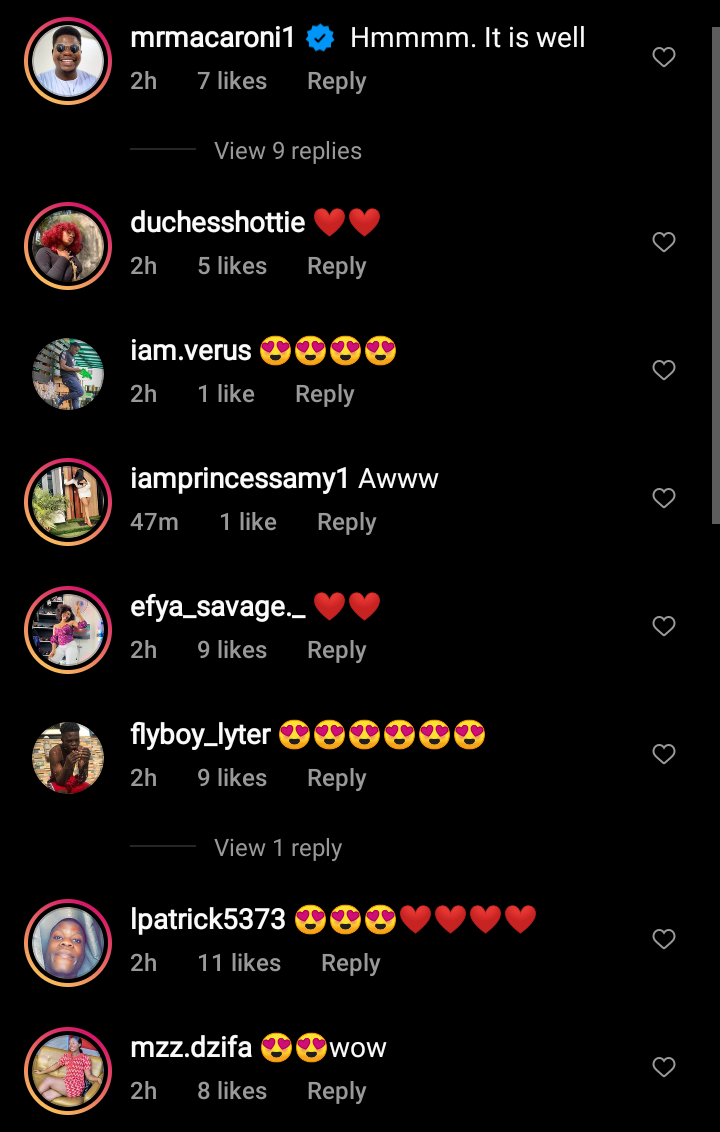 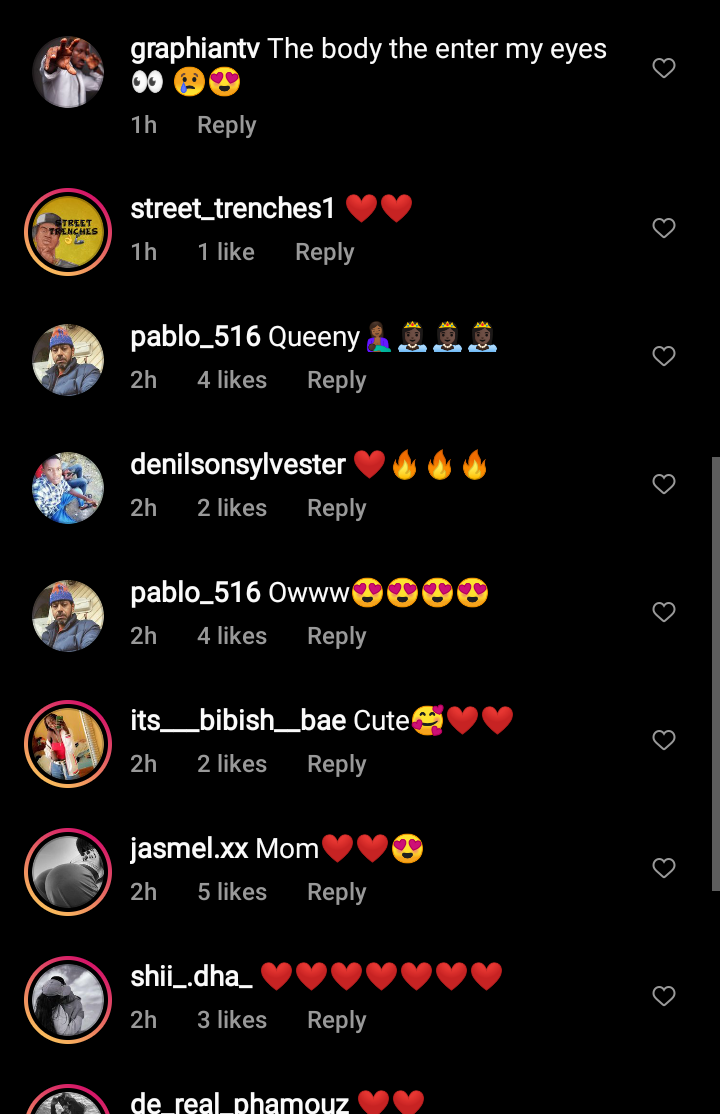 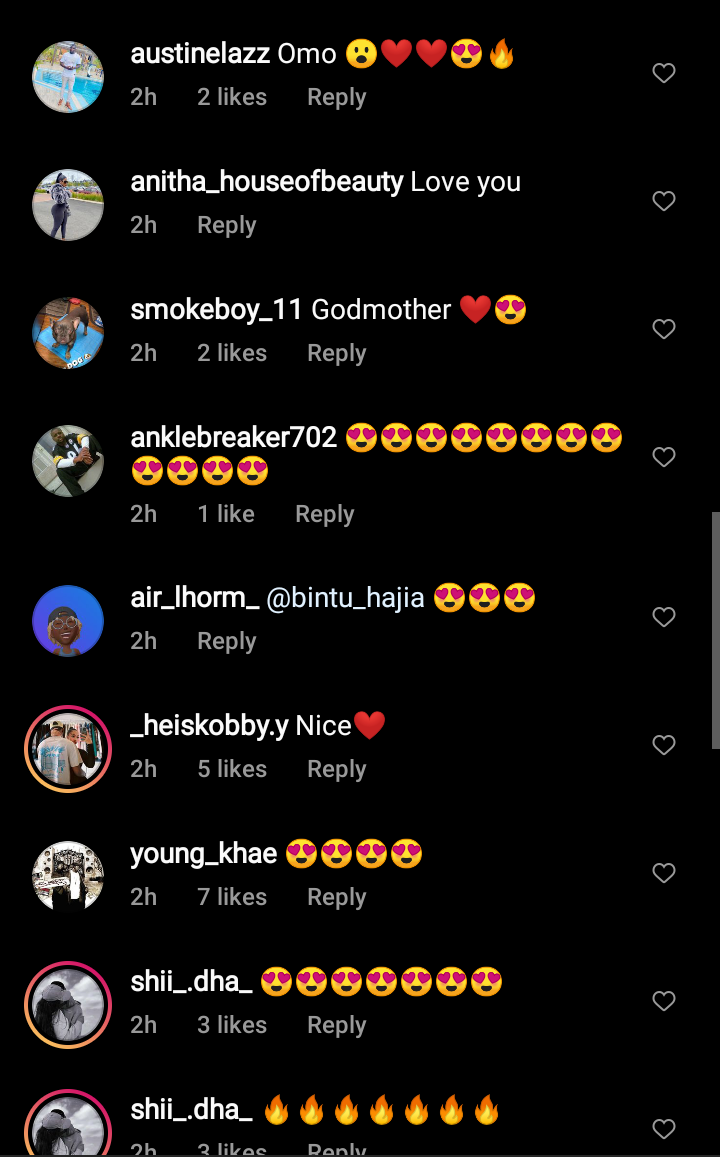