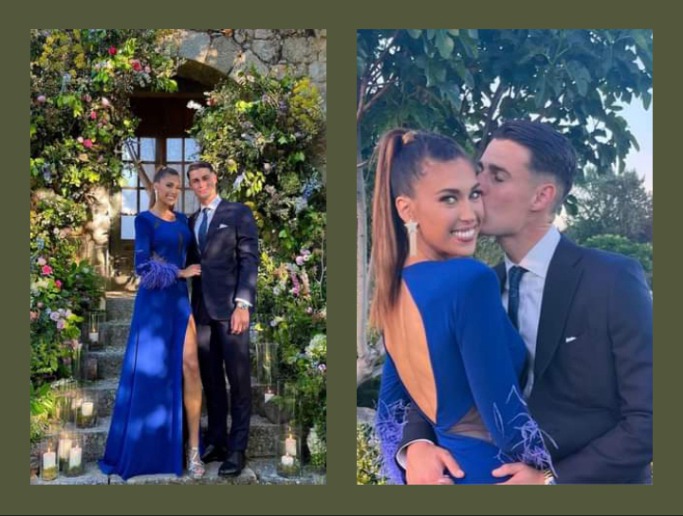 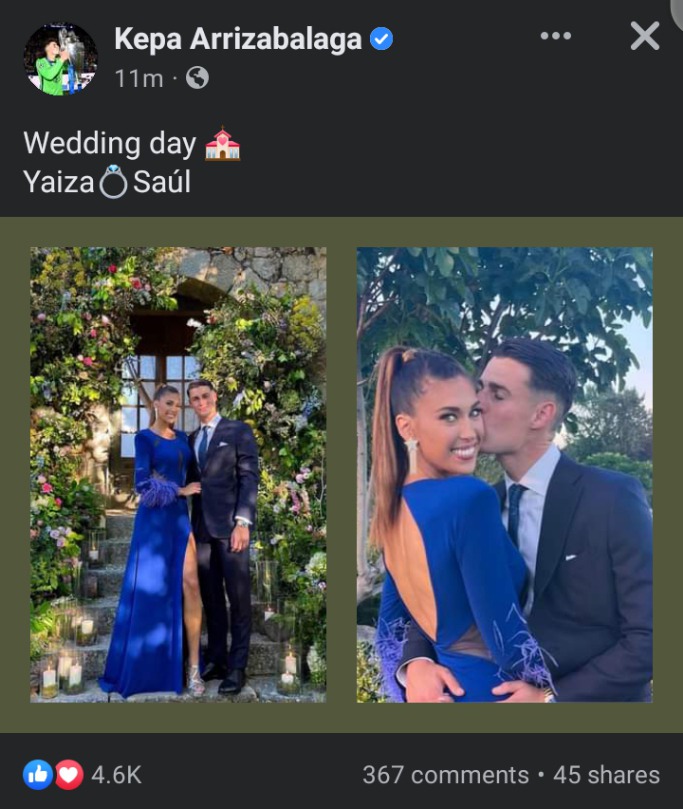 The Spanish goalkeeper DM is full of congratulatory messages from fans globally. Many wished the couple a happy married life.

Kepa Arrizabalaga has been an unused goalkeeper since the arrival Chelsea Senegalese goalkeeper, Edoudy Mendy. The arrival of Mendy had limited Kepa’s play time at Chelsea.

Kepa Arrizabalaga had Sterling outing for Chelsea in his early arrival at the club. He quickly win the heart of Chelsea fans globally but poor form and inordinate display under Chelsea former manager, Maurizio Sarri in an FA Cup final match against Manchester City attracted brawl.

The Spanish goalkeeper is currently enjoy his Holiday as Chelsea season comes to an end without a trophy. Though, the blues featured in two final match against Liverpool but lost to the Reds in penalty shootout in the two final matches.

The blues are however, would be planning to reap success in their next season features when the new season starts.