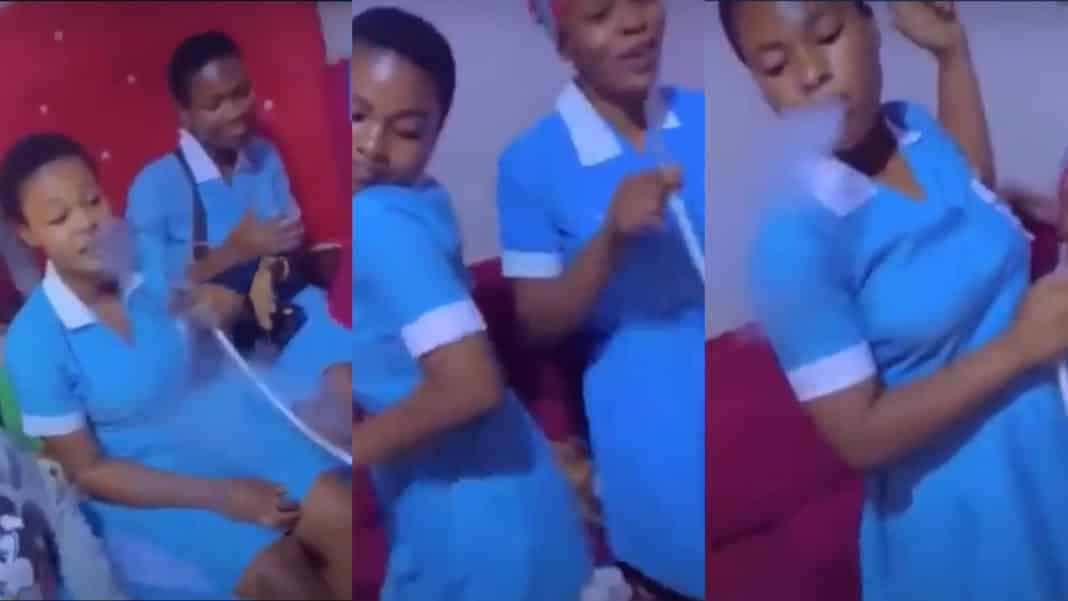 Some girls believed to be students at the Sunyani Senior High School in Ghana have reportedly been suspended after being spotted in a viral video smoking shisha.

In the video which triggered mixed reactions, the girls were seen smoking from a shisha pipe as they gather in a room. They also carried this out while in their school uniform.