As the 2023 Presidential Race gathers momentum, The Governor of Kaduna Nasir El-rufai has expressed optimism that the ruling All Progressives Congress (APC) ‘ll retain power beyond 2023. It will be recalled that all the major political parties in Nigeria have elected their Candidates. Speaking during an interview with Channels Television Correspondent, Seun Okinbaloye, the Kaduna State Governor made it known that the 2023 Presidential Election will largely be a Two-horse Race between the opposition Peoples Democratic Party (PDP) and the ruling All Progressives Congress (APC). 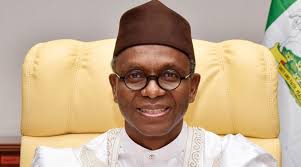 Speaking further, El-rufai predicted that the Labour Party which has a Former Governor of Anambra State, Peter Obi has its Candidate ‘ll cannibalise some of the Votes of the PDP in the South-East Region. Also, the Flagbearer of the New Nigeria Peoples Party (NNPP) who is a popular Politician in the North-West ‘ll cannibalise some divide some APC votes in Kano, Jigawa and some parts of Katsina State.

“When you are going into an Election, You don’t go with overconfidence likewise you don’t go unprepared”, the 2023 General Election ‘ll be a strong battle between the major political parties and their Candidates, but the All Progressives Congress (APC) ‘ll prevail”, He said.

Click on the link below to watch the interview