Home Entertainment “I Can’t Stay Without A Dick, Men Have Bought Me Homes &...

Popular Kenyan socialite Alhuda Njoroge well known as Huddah Monroe posted the reply she gave to a fan on her Instastory when she was asked if she was cold hearted when it comes to love and dealing with men.

The controversial s£x therapist denied that by saying, and I quote, “First I can’t stay without dick. Cold hearted? Men have bought me homes & cars & I’ve never been single all my life. Dunno how they do that to a cold person.” 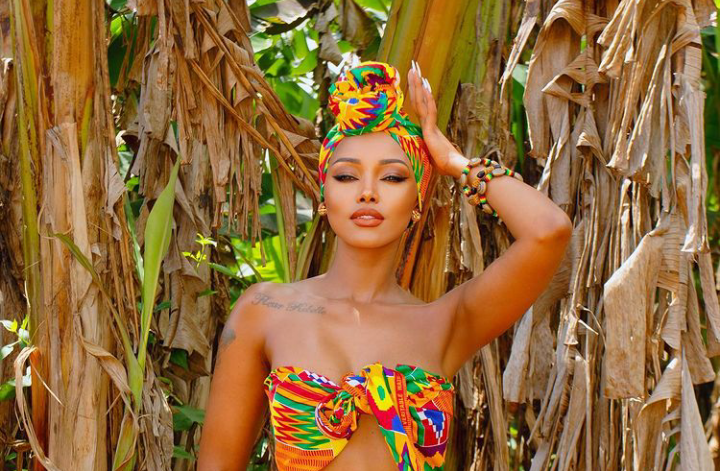 As you can see, Huddah Monroe has always been honest with herself and although she is seen as controversial with her posts on social media, because regarding her answers, it was only a few weeks ago that she revealed to fans that she once hated men so perferred to satisfy her sexual cravings by herself and not only that she allegedly advised other women to do the same.

Read the screenshots of her post and fans question below. 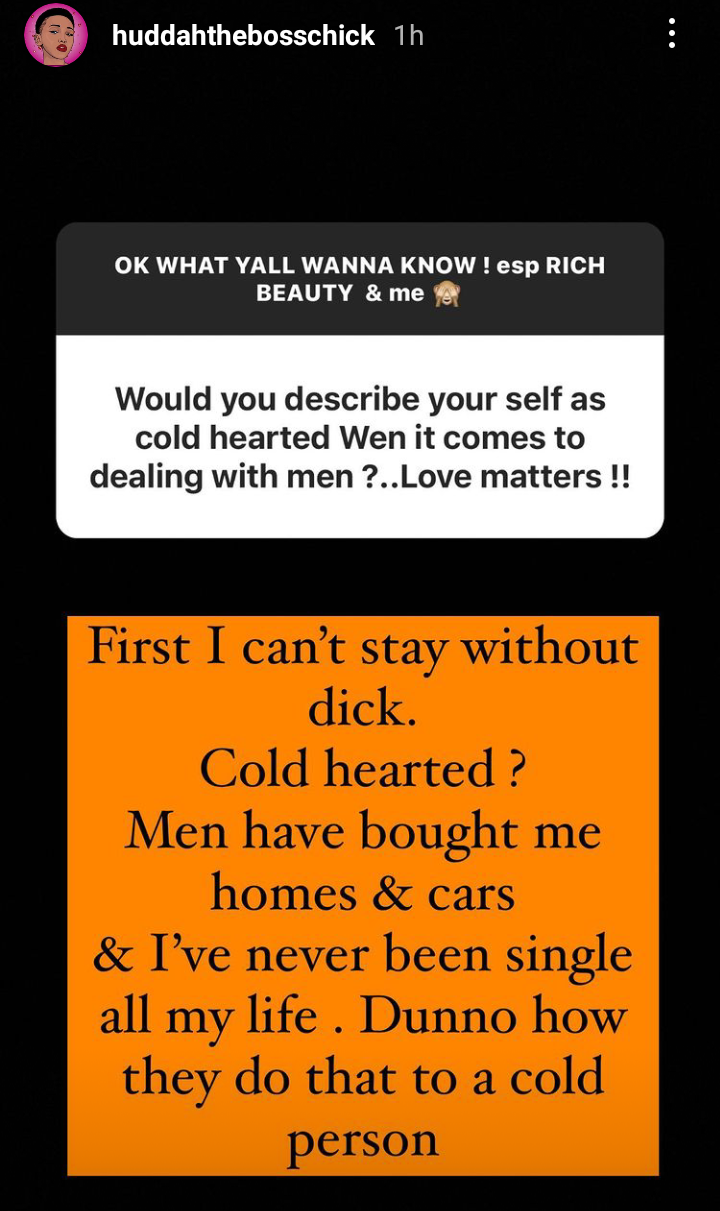