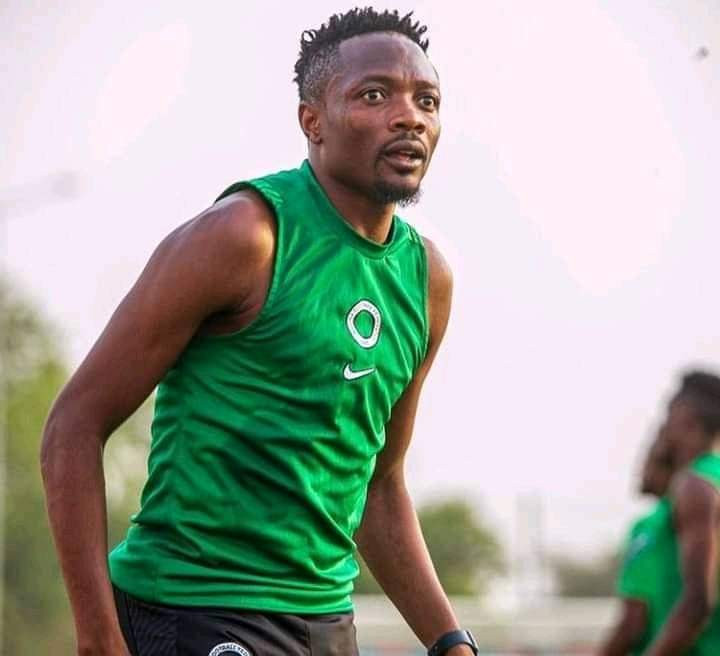 Super Eagles captain, Ahmed Musa, has rejected reports that he has retired from national team football.

According to Musa he never told anyone that he was retiring from international football, adding that if the coaches consider him good enough for an invite, he would always answer any call to serve his country

“I didn’t tell anyone that I am done with Super Eagles. I said I might consider retiring after the World Cup if Nigeria had qualified. The new coach has called me to come and play in the AFCON qualifiers and I cannot say no to him because it is a call to serve my country,” Musa told

“AFCON is next year and I am still active playing in Turkey and if the coaches find me good to be at the AFCON in Ivory Coast, I will gladly go and help my country to win it. I will always honor invitation to serve my country and give my best.”

On the failure of the Super Eagles to qualify for the FIFA World Cup in Qatar, Musa said:

“It is not easy to forget the exit in front of our home fans in Abuja. I still don’t believe we have played that match against Ghana and crashed out.

“It was painful experience and I and other players have yet to overcome the shock. But we have to move on. We shall try and restore the confidence our fans have in Super Eagles. I still don’t believe that Nigeria will not be at the World Cup.

“As part of the plans to restore the confidence Nigerians have in Super Eagles, we shall hopefully, Insha Allah, beat Sierra Leone on Thursday in Abuja and in subsequent games. We are not unmindful of the embarrassment that saw us drop a 4-1 lead to play 4-4 draw in Benin City two years ago

“They [Sierra Leone] have proven to be a good side judging from their performance in the last AFCON and we shall go all out to win. We won’t allow the mistake in Benin City to repeat itself,” Musa concluded.