It is no longer news that more than 50 people reportedly lost their lives in owo, Ondo state on Sunday. 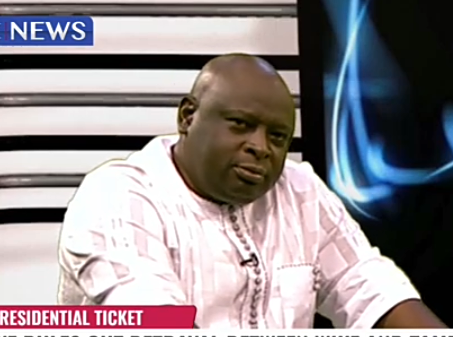 According to reports from Punch Newspaper, the terrorist invaded Francis Catholic Church and killed the Worshipers just when they were about to round up the service.

Reacting on the development, popular Nigerian broadcaster and multiple awards winning journalist, Babajide Otitoju has stated that the attackers were ISIS members that launched attack in Kogi state few days ago.

Babajide while speaking during today’s edition of journalists hangout, said it was easier for the terrorists to enter Kogi since the state shares boundaries with Ondo.

“The terrorism in our country is getting worse. ISIS have taken responsibility of the attack that happened in Kogi few days ago. Kogi state shares boundaries with Ondo state. It is looking like they have moved from Kogi to kill innocent Worshipers in the church in owo. It is extremely dangerous.” Babajide Otitoju stated.