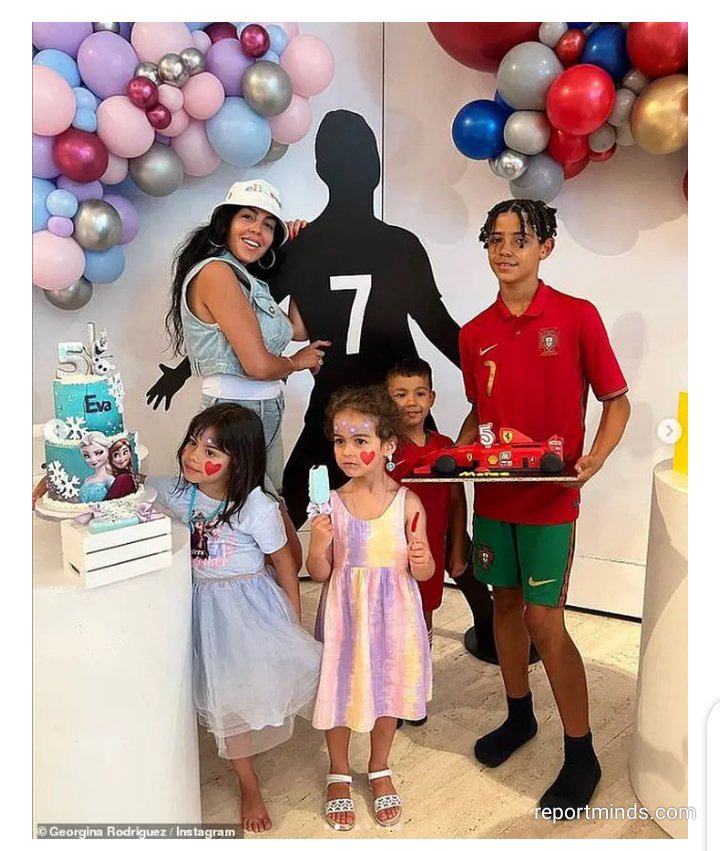 It was gathered that the Manchester United 28-year-old lover threw a stunning birthday party to mark their kids new age.

Georgina Rodriguez celebrated their twins Eva and Mateo’s fifth birthday over the weekend despite the Portuguese international absence.

Ronaldo was busy on international duty as Portugal faced Switzerland in their Group B UEFA Nations League game. It ended 4-0, Ronaldo scored a brace in the second half of the game.

The model, 28, was snapped with her step son, Cristiano Jr, 11, along with her children Alanah, four, and one-month-old Bella.

Georgina Rodriguez stood alongside two birthday cakes, a Frozen-themed cake for Eva and a car cake for Mateo. The wall was decorated with multi-coloured balloons while a black cut out of Cristiano featuring his number seven jersey was in the background.