Home GOSSIP Man who wished to own a car celebrates as he buys N1m... 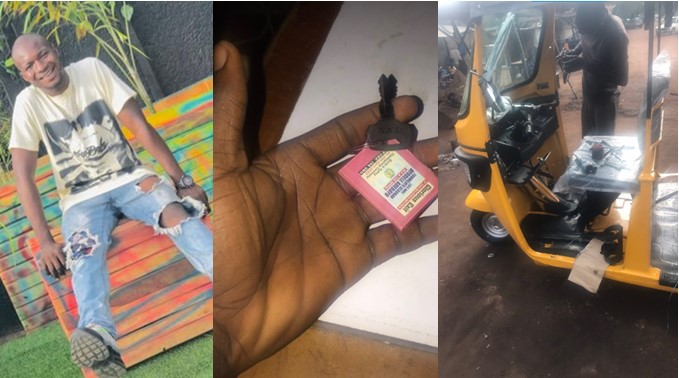 A Nigerian man identified as Meekii Larrii has taken to Twitter to announce that he bought himself a tricycle popularly known as Keke Napep.

He revealed that his initial desire was to either get a car or an iPhone 12, but he eventually settled for the keke which he bought for N1 million.

According to Meekii, it was the first time he was getting N1 million in his life and he paid for the tricycle in full.

”I first thought of buying a corolla car, or 12pro max.

I know this is not a big win but this was not hire purchase.

The first time I touch a million of my own I bought this.”

Nigerians on social media trooped to the comment section to give suggestions and congratulate him.