Home SPORTS Explained: why Benzema’s goal was ruled out despite getting the ball from...

Karim Benzema scored a goal right before the break in the first half of the Champions Leaguefinal between Liverpool and Real Madrid. However, VAR overturned the goal due to offside. 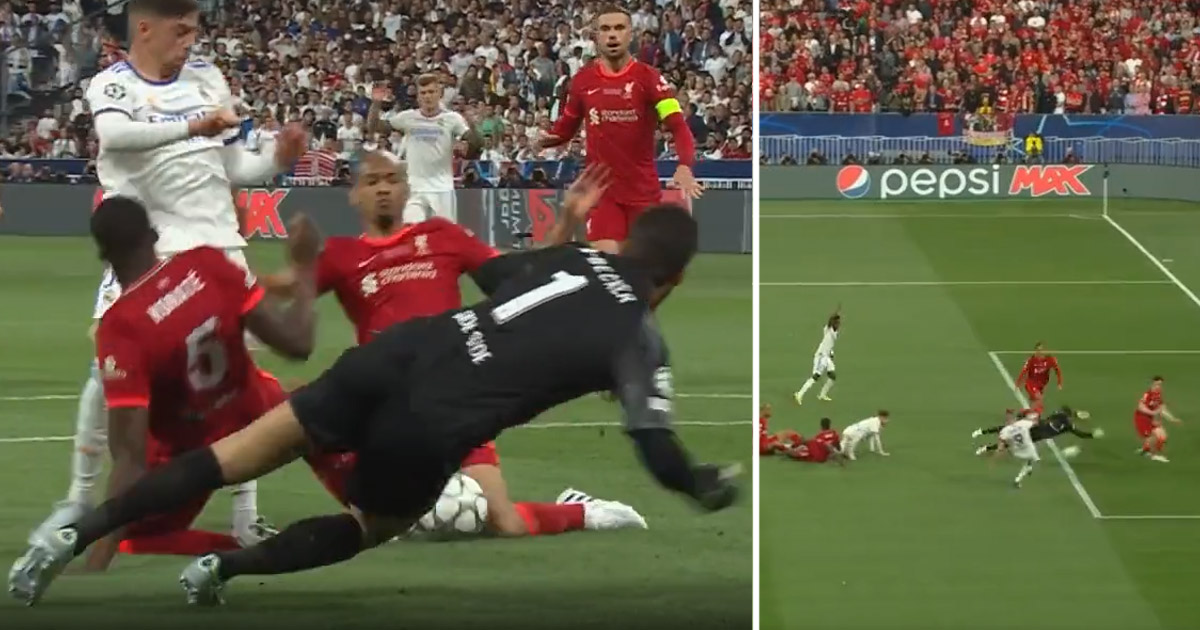 Many fans on the Internet did not understand why the goal got cancelled despite Benzema getting the ball from Fabinho and not from a teammate.

As Reddit user iiEviNii explains, the goal was disallowed because Fabinho’s tackle was considered a “deliberate save” and not a back pass.

“A player in an offside position receiving the ball from an opponent who deliberately plays the ball, including by deliberate handball, is not considered to have gained an advantage, unless it was a deliberate save by any opponent.

“A ‘save’ is when a player stops, or attempts to stop, a ball which is going into or very close to the goal with any part of the body except the hands/arms (unless the goalkeeper within the penalty area),” they write.