Home Entertainment You people nominated a madman – Portable says as he finally apologizes... 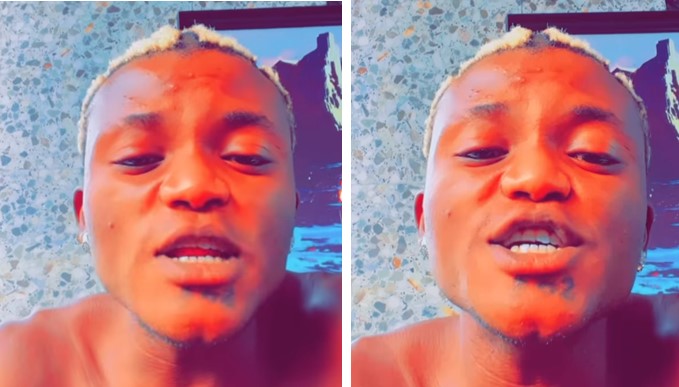 Nigerian singer, Portable has tendered an apology to Headies Awards for his threat directed at other nominees in the same category as himself.

Recall that days ago, the Zazuu star had warned that there will be problem if any of the awards which he was nominated for is given to another artiste.

However, following the singer’s comment, Headies asked Portable for a public apology and said that he has been reported to the police.

It wrote; ”The Headies dissociates itself and any activities relating to the Awards, from any form of violence, abuse, threat or intimidation, and officially request that popular fast-rising Nigerian artiste, @portablebaeby retract his statement in a video published on his social media platform on May 25, 2022, that insinuates acting in a violent manner to other nominated artistes.

The Awards encourages all nominees and fans to celebrate and support each other, and grow the industry of our dreams.”

In a video he posted on Friday, night, Portable apologised for the comment but added that they should not be angry because ‘you nominated a madman’.

The singer who was nominated in Rookie of The Year and Best Street-Hop Artiste categories, noted that he issued the warning because he just wants to win an award.