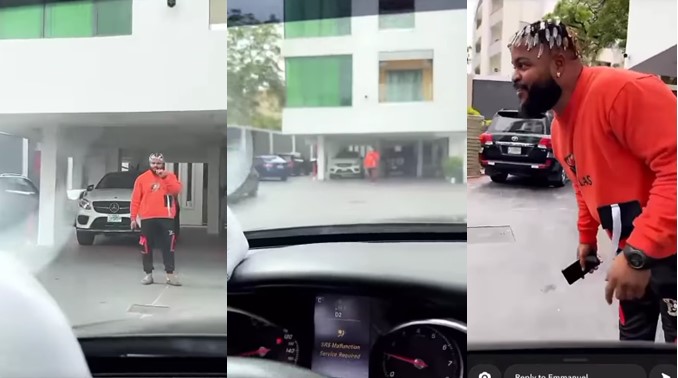 A video which surfaced online shows the moment Hazel Onou aka White Money received a visitor at his residence in Lagos state.

White’s colleague, Emmanuel paid a visit to him and in the clip, the reality TV star’s house as well as cars in the compound were captured.

He had no less than six cars in the house which include Mercedes Benz of different models, Lexus and Toyota.

Also, a little fun-filled interaction took place as Emmanuel drove his newly acquired ride to the BBNaija winner’s crib and asked why he did not open the gate for him.

Recall that Emmanuel turned 25 on Sunday and to celebrate his birthday, gifted himself a brand new Lexus SUV.