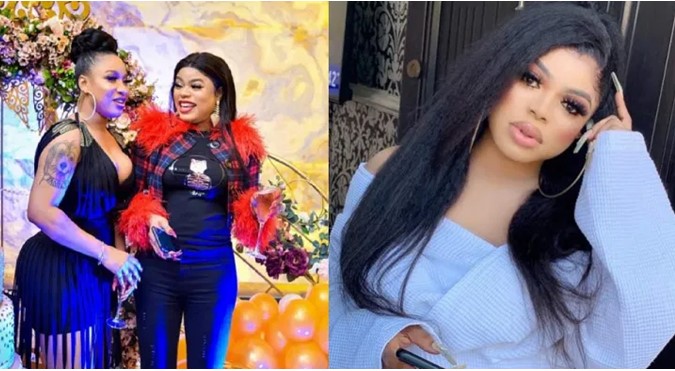 Nigerian actress, Tonto Dikeh has released a video on social media to expose crossdresser, Bobrisky following claims that he is a serial debtor.

In the clip which has gone viral, a woman said to be Bob’s creditor placed a call across to the crossdresser while claiming to be at his house.

But Bobrisky denied being at home and the woman accused him of lying about his whereabouts after which they engaged in a back and forth verbal exchange.

When he insisted that he is not at home, the lady said his maid informed them he was inside at the time they visited.

They then told him to pay up what he owes as a letter has already been served to him to that effect.