The final match day of the 2021/2022 English Premier League season came to an end yesterday with the title race between Manchester City and Liverpool getting more tensed up, with just one point separating the two sides going into their last game of the campaign.

Liverpool in the game played against Wolverhampton Wanderer at the Anfield Stadium while their rival, Manchester City played against Aston Villa at the Etihad Stadium.

Things were not as planned for the two sides at first with both conceding the lead and as such trailed from behind before getting their form back on track with the scenario not in favour of the Cityzen, until around the late minute to the end of the game when they started churning out goals.

Liverpool got an equalizer after conceding the lead and thereafter got the lead before extending their lead which ended the game 3-1 at full time unlike Manchester City who conceded a double lead thereby getting a very difficult task which was made soft by getting his substitution right, as all three of his players brought on into the game (Raheem Sterling, Oleksandr Zinchenko and Ilkay Gundogan) were all directly involved in the three goals that secured their fourth title in five years.

Liverpool after getting an equalizer fought all through till the 84th minute before they were able to take the lead with a goal from Mohamed Salah and at this point Manchester City who were two goals down till the 76th minute were already ahead at the 81st minute.

This been unknown to the Liverpool’s players after taking the lead with the goalscorer, Mohamed Salah getting into jubilation which was then followed by a bizarre scenes where a Liverpool fan was spotted telling Mohamed Salah that their rival are already taking the lead thereby making the full celebration a less important one. 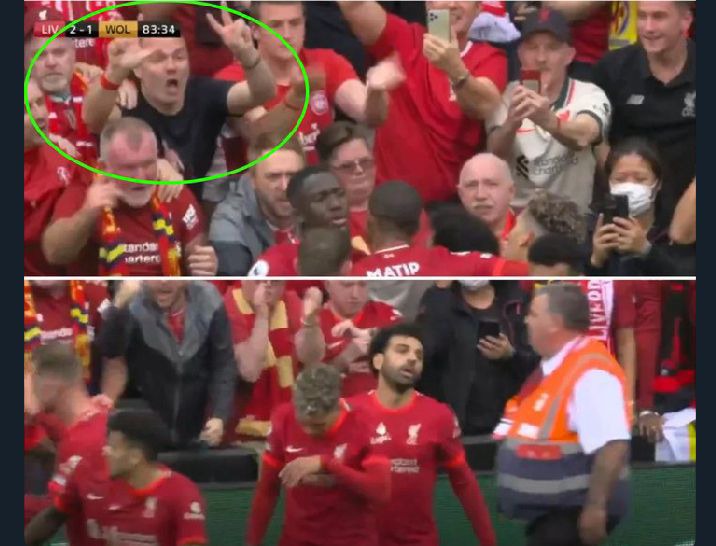 This was very unreal as it cut short the celebration with the countenance of the goalscorer together with his teammates been changed completely as they were left disappointed.

They will now be more focused on the final of the UEFA Champions League this weekend where they will be facing Spanish La Liga Santander Champions, Real Madrid at the Stade de France in Paris. 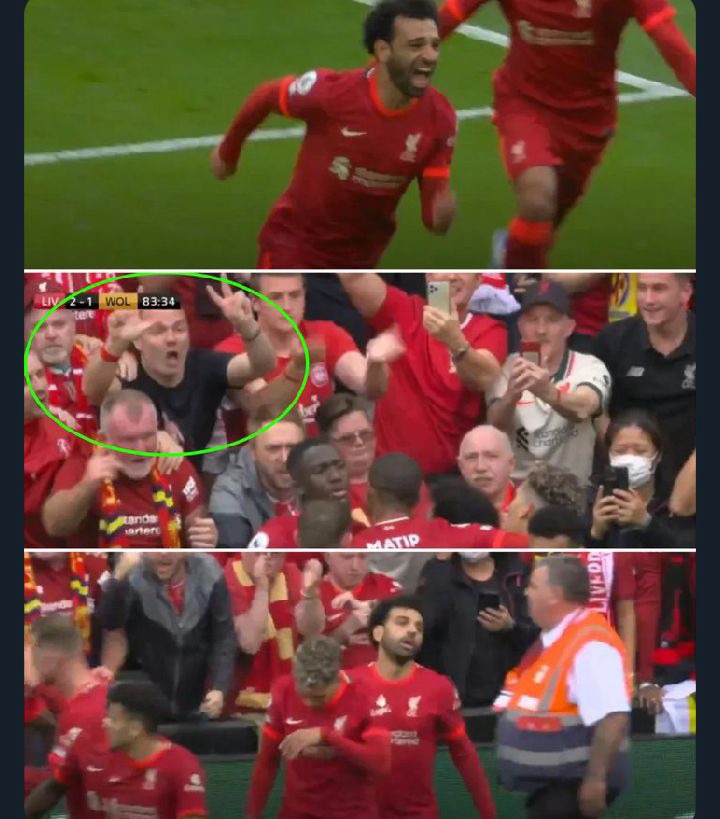