Home NEWS Security concerns of our allies must be taken into account, talks must... 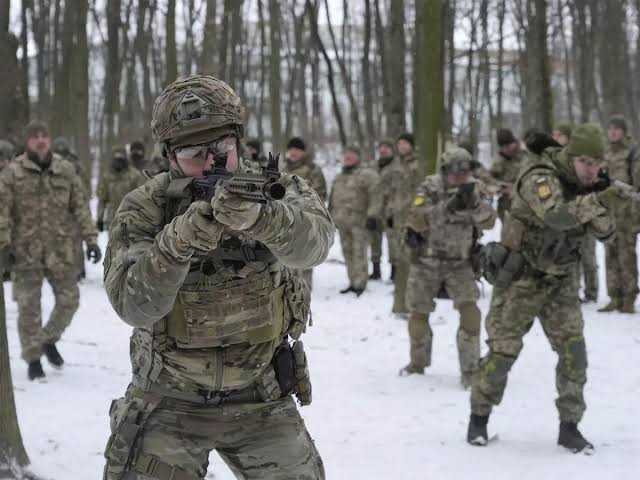 Transatlantic military alliance, NATO has stated that Turkey, Finland and Sweden need to continue discussing terms as the alliance figures a way to accept Finland and NATO as members while still preserving Turkey’s security demands.

Due to this reason, Turkey says it will not support Finland and Sweden’s application to join NATO. According to Nato’s laws, all 30 member countries must vote to support any other country who wishes to join the alliance.

Turkey has said it objected to the two countries joining the military alliance, but Western leaders have expressed confidence that Ankara’s position will not be a roadblock for the Nato accession process.

In return, Turkey’s president told him that Ankara would not look positively on Sweden and Finland’s applications, unless they clearly show cooperation in the fight against ‘terrorism’ and other issues.

Erdogan held phone calls with the leaders of the two countries on Saturday to discuss his concerns.

Stoltenberg tweeted: “We agree that the security concerns of all allies must be taken into account and talks need to continue to find a solution.” 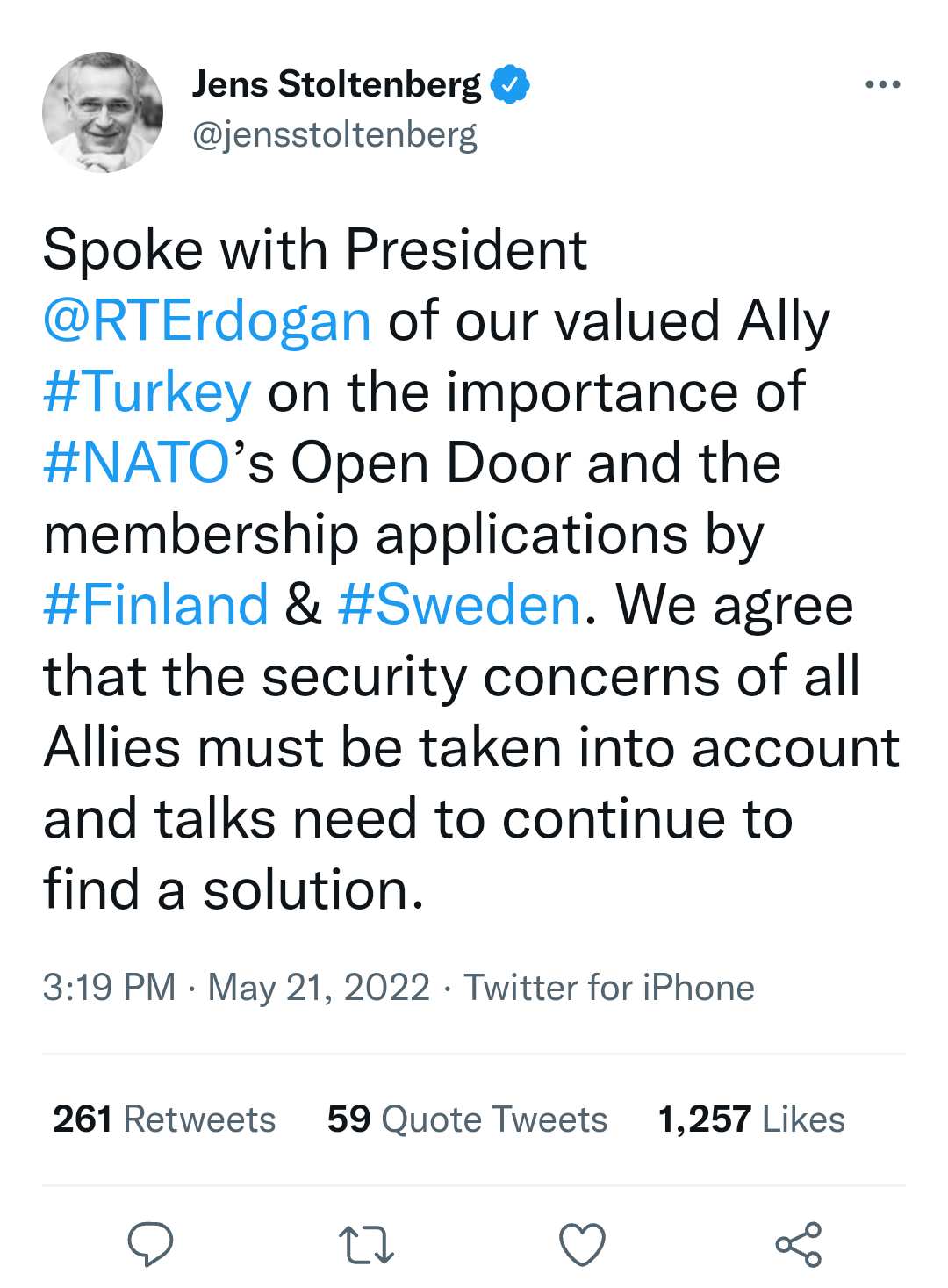 Erdogan also said he expects an arms exports embargo imposed on Turkey after its Syria incursion in 2019 to be lifted, according to Turkey’s state-owned Anadolu news agency.