Home NEWS How My 3rd Boko Haram Husband Slept With Me In The Middle... 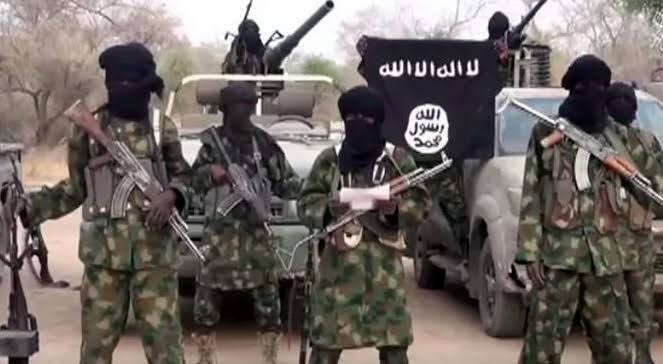 Amina Mohammed is a woman who was abducted during the early years of the Boko Haram insurgency in Borno. She recently escaped from their captivity after spending several years with them in the Sambisa forest where she was forced to marry three different insurgents

According to Within Nigeria, Amina who recently spoke to Humangle about her ordeal in the den of the insurgents revealed how she was forcefully slept with by the different men who married her.

Amina described Boko Haram fighters as drug addicts who perform like horses during copulation. She said the only time the insurgents allow the women to rest is when they are on their period.

She added that they sometimes make love to their women when they are under attack, and she went on to reveal how her third husband slept with her while they were under attack by the Nigerian army

She said during one hot night in the Sambisa forest, a military airstrike targeted the Boko Haram settlement where they lived with other members of the terror group. Thus, they fled the location and hid under a small inconspicuous tarpaulin tent.

She said while they could still hear an aircraft hovering above their head, her third husband who was high on drugs grabbed her from behind and aggressively made love to her in the middle of the tension and ensuing danger. Amina revealed that she ended up with her third husband after the first died by execution and the second was killed at the war front.

Amina also discloses that ever since she escaped and returned to the village, she has faced stigmatization. She said she often hears people whispering that no man can satisfy her after her ordeal in the hands of the insurgents and this makes her sad