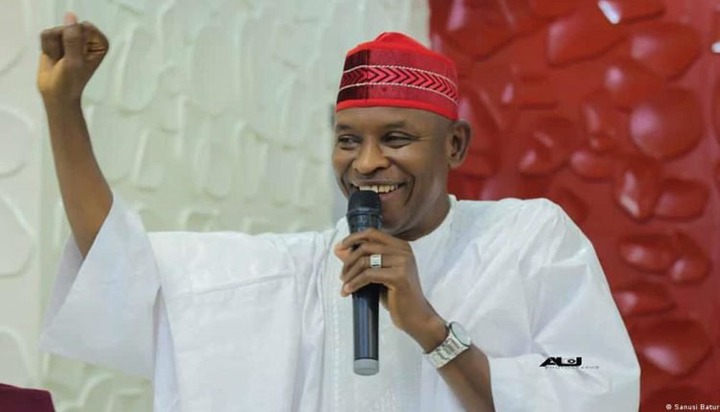 Recall that Alhaji Yusuf, lost to the incumbent governor, Abdullahi Ganduje after the election was declared inconclusive and a re-run election was conducted in the state.

As confirmed by the party, ‘Abba Gida-Gida and Aminu Abdussalam, his running mate in the 2019 election, will fly the NNPP banner in the election come 2023.

During the 2019 election, Alhaji Yusuf was believed to have become a household name with the popular political song; ‘Abba Gida-Gida’ but eventually lost the 2019 election to Governor Umar Abdullahi Ganduje.

All the candidates emerged through consensus arrangements agreed upon by all the aspirants.

Nollywood actress, Eniola Badmus, popularly known as Gbogbo Biz Girl has revealed that her DM has been bombarded by would-be suitors, as she is now every man’s choice and has cried out that they should take it easy on her…

Social events around the country have become the avenues for showing off the craziest latest fashion trends. ADEOLA OTEMADE reports that these fashion trends, especially by women who leave little to the imagination, portray the depth of decadence into which the society has fallen… 2023: ‘Abba Gida-Gida’ emerges NNPP governorship candidate in Kano