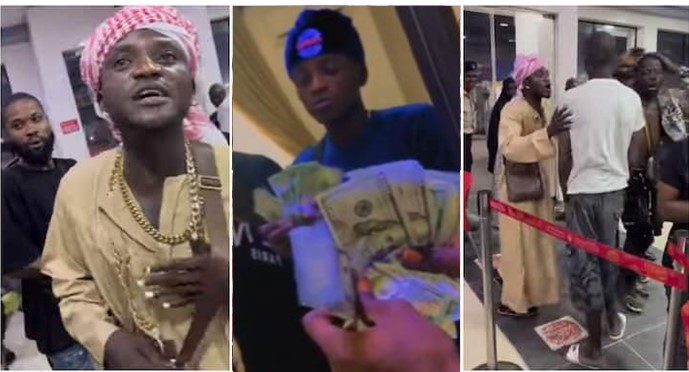 Nigerian singing sensation, Portable has continued with his uncommon generosity to strangers and fans alike

The Zazuu star stormed a fast-food restaurant and told customers waiting in line to order whatever they want that it is on him.

Portable revealed that he has already paid for everybody’s meal so they are free to take whatever food they like.

In a video posted online, the customers inside the establishment surprisingly did not seem excited or moved to see the singer as most of them minded their business and acted like they did not know him.

A young man who appear to be his fan went on his knees to pay homage to Portable but he asked the guy to stand up and join others to place an order.

sugarsharon67; One tin I like about him is he’s a giver. D other dude no wan chop first him eye dey for money, guy go eat first Mk u no faint.

bigiitheblogger; See as that girl just Dey look am