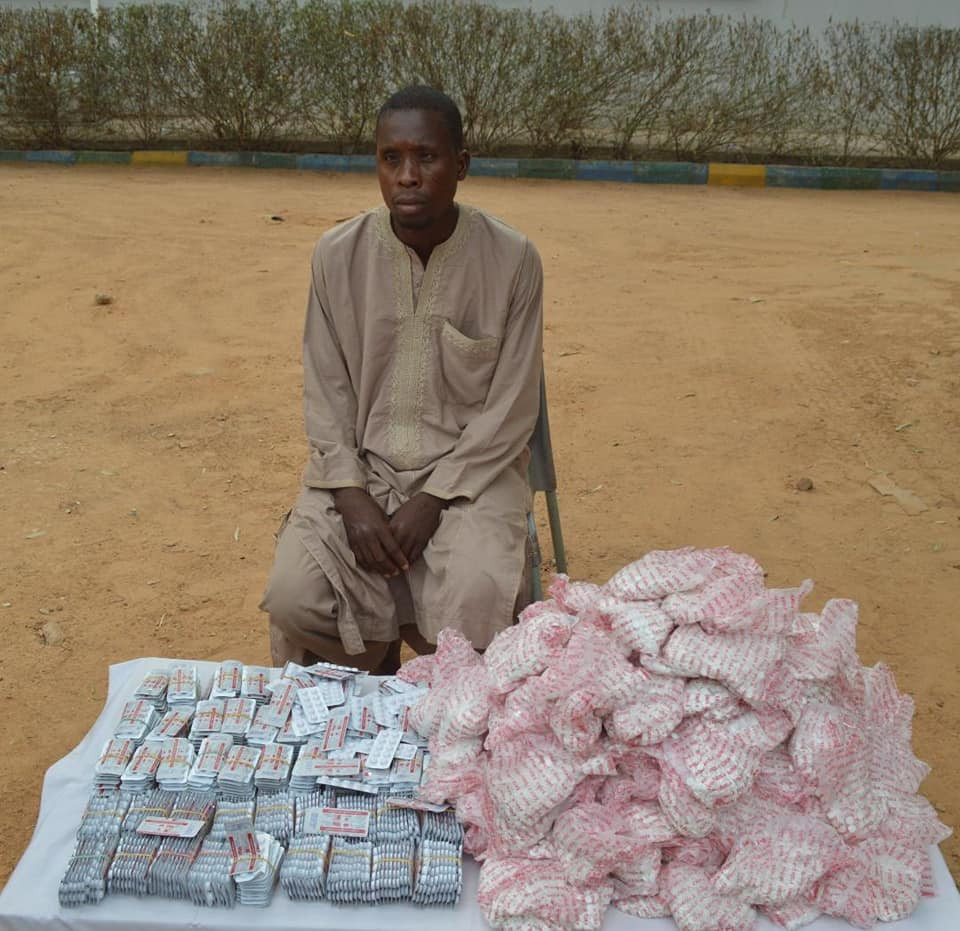 The Kano State Police Command has arrested a suspected drug dealer Dalha Umar and recovered 1200 sachets of Tramadol and Exol tablets from him.

Spokesperson of the command, SP Abdullahi Haruna Kiyawa, who disclosed this in a statement on Sunday, May 15, said the suspect confessed to have transported the drugs from Onitsha to Kano.

“On the 06/05/2022 at about 1500hrs, a team of Operation Puff Adder led by CSP Yakubu Mohammed, Divisional Police Officer, Badawa Division while on intelligence-led surveillance patrol at Kofar Wambai Market intercepted one Dalha Umar, ‘m’, 25 years old, of Gyadi Gyadi Quarters Kano, in possession of One Thousand (1000) sachets of suspected Tramadol Tablets and Two Hundred (200) packets of suspected Exol Tablets, all used for intoxication,” the statement read.

“On investigation, the suspect confessed that the drugs are Tramadol and Exol Tablets and are used for intoxication. He further stated that, he transported the drugs from Onitsha to Kano with the intent to sell them in Kofar Wambai Market Kano, and that he has been in the business of buying and selling the drugs for many months,”

Meanwhile, the Commissioner of Police has directed that case had been transferred to the National Drug Law Enforcement Agency (NDLEA) for further investigation and prosecution. 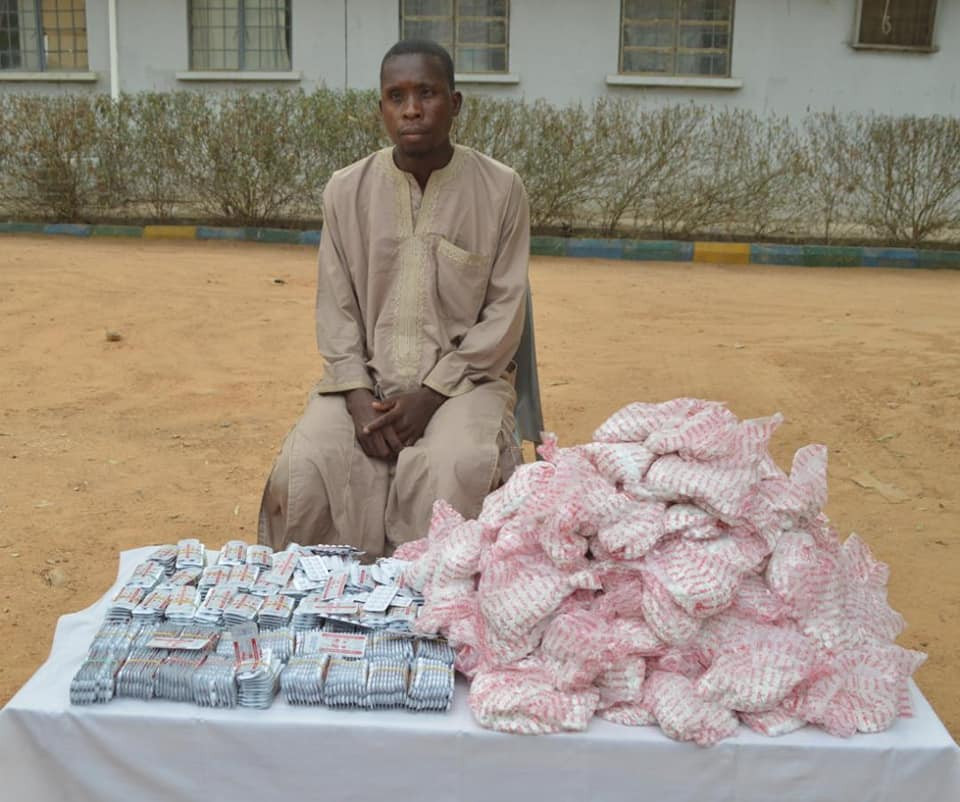