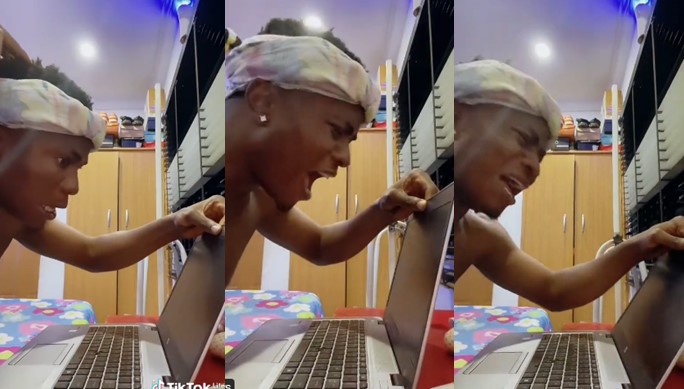 An internet fraudster commonly known as yahoo boy has ruined his chances of ‘cashing out’ after he accidentally exposed himself.

He was speaking with a white woman through his laptop but used his hand to block the webcam and asked her how much she wants to send.

She told him that she was going to send 50,000, and in reaction, he exclaimed excitedly but in the process, he mistakenly removed his hand from the webcam thereby showing his real face.

When he realised that his face has been exposed, he tried to defend himself by saying he is not black.

But the lady was not convinced as she noted that she saw his face. She asked him where he is from but he still fumbled his response.