PDP’s position was made known after the party’s NEC meeting, on Wednesday, in Abuja. 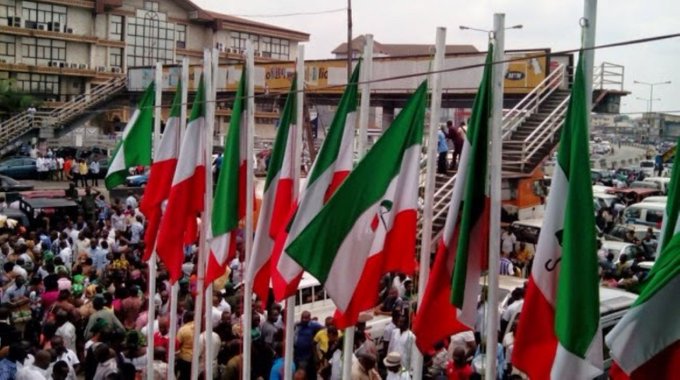 Also, ahead of the party’s National Convention to elect the party’s presidential candidate, the NEC similarly appointed former President of the Senate, David Mark to Chair the Convention Committee.

The communique issued at the end of the NEC reads as follows:

“NEC commended the dedication of the National Working Committee (NWC) under the Chairmanship of Sen. Dr. Iyorchia Ayu in effectively piloting the affairs of our Party, particularly in the organization of processes preparatory to the 2023 general elections.

“NEC restated its confidence in the ability of the NWC to lead our Party to victory in the 2023 general elections.

“NEC applauded other organs of the Party; namely the Board of Trustees (BoT), the PDP Governors’ Forum, the National Assembly Caucus, the Zonal and State Organs of the Party, our structure at various levels, critical stakeholders and teeming members across the country for their efforts in strengthening our Party in the mission to Rescue and Rebuild our nation from the misrule of the APC.

“NEC commended the NWC for the deft handling of issues relating to the conduct and outcome of our Party Congresses at various levels preparatory to the election of candidates for various elective positions in the 2023 general elections.

“NEC applauded the spirit of sportsmanship being exhibited by our leaders, critical stakeholders, aspirants and party members on issues relating to our Congresses.”

Meanwhile, the PDP National Publicity Secretary, Hon. Debo Ologunagba, who briefed journalists at the end of the meeting, said the NEC also decried the worsening insecurity and continued killing of innocent Nigerians.

According to him, the PDP NEC “condemned the failure/refusal of the APC government to rescue citizens still languishing in their abductors’ dens, including a victims of last month’s terrorism attack on the Abuja/Kaduna train.”

The opposition party’s organ also urged the Federal Government to live up to its constitutional duty to secure life and property and ensure an unconditional release of all the abductees.

He continued that, “after a very extensive deliberation NEC aligned with the recommendation of the PDP National Zoning Committee that the Presidential Election should now be left open. The Party should also work towards a consensus candidate where possible.

“NEC noted the recommendation of the Zoning Committee that in the interest of justice and fair play, the Party should take a decision on Zoning timeously so as to prevent complications to the process.

“NEC ratified the conduct of the Presidential Primary (Special National Convention) to elect our Party’s Presidential Candidate on Saturday May 28 to Sunday May 29, 2022 in Abuja

“NEC assured of free, fair, credible and transparent processes for the emergence of our Party’s Candidates for all elective positions in the 2023 general elections”.