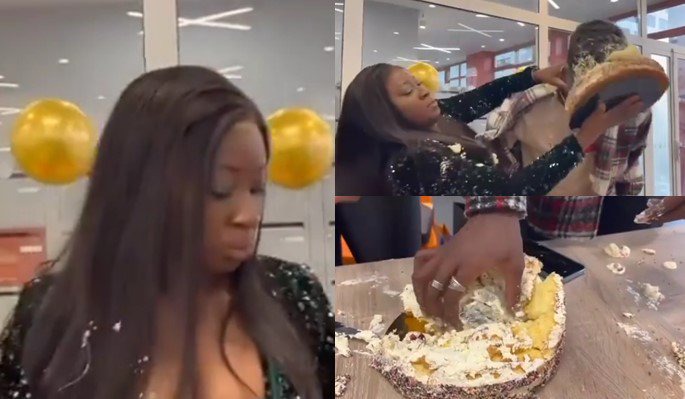 A video which has stirred reactions online shows the moment a man surprised his woman with a cake at the office.

He had put the key for a Mercedes Benz inside with the hopes that when she cuts the cake she would see it.

However, she smashed the cake in his face probably thinking that was the only gift he got for her. The man remained stunned and motionless for a few moments as her colleagues looked on in amusement and shock.

After some moments, he calmly removed the car key from what was left of the cake and unwrapped it from the nylon he used to preserve it to avoid being soiled.

That was when the girlfriend realised that she had goofed and she wore a look of regret on her face.