Home GOSSIP Heartbroken man confronts girlfriend of 3 years after finding out she is... 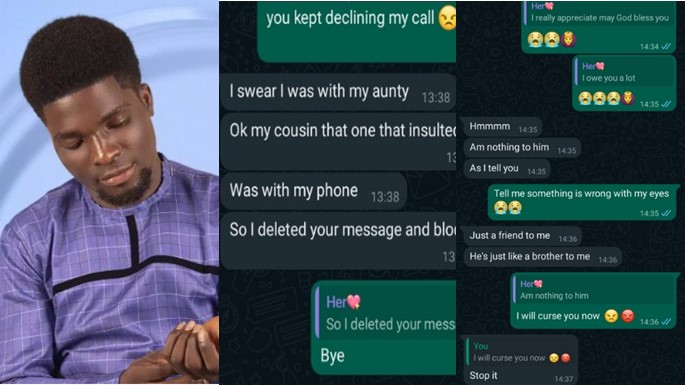 The guy known as Editi Peter lamented over how the girl he has been dating for three years maintained a secret relationship with another guy.

He said that she posts loved-up photos with the other man on Facebook because she knows he hardly ever logs into the platform.

Editi shared screenshots of a chat where he confronted her about the relationship but she denied cheating on him and said the other guy is like a friend and brother.

He wrote; ”I Found Out That My Girlfriend Of 3years Has Been Cheating.😭💔

I Don’t Deserve This, I Have Been So Faithful.

Read the chat below: