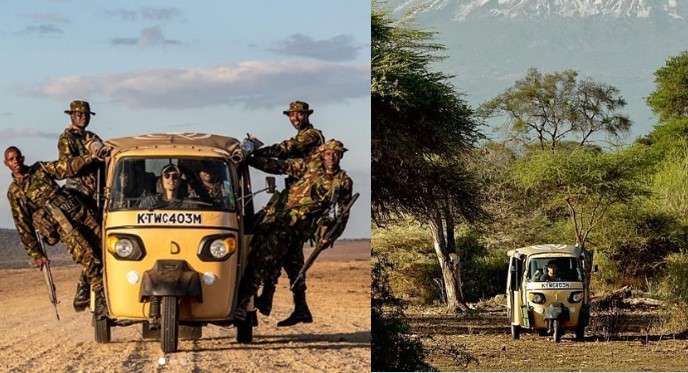 Four white adventurers have become a viral sensation after embarking on a daring trip across Africa in nothing but two tricycles.

The group which is riding from Kenya to Cape Town in South Africa, began their journey in November 2021.

It was gathered that they decided to take on such dangerous and challenging task to raise funds for wild life Rangers.

The young men have so far spent six months on the road and they only recently reached Malawi. Their tricycle has been modified to carry their luggage and makeshift sleeping as well as cooking equipment.

In a series of posts on its page, Tuksouth, the men have documented their journey with pictures and videos.