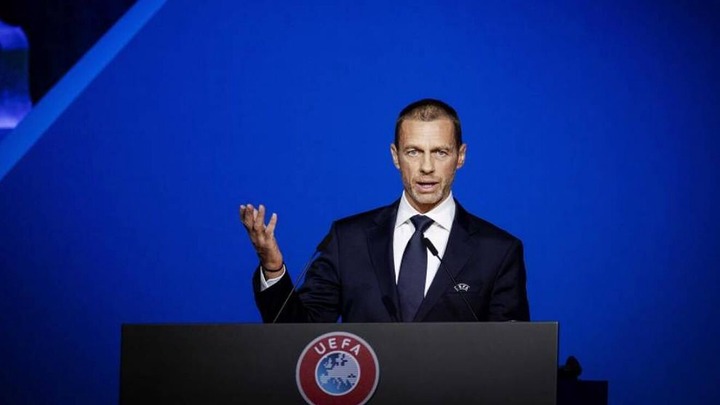 UEFA President, Aleksander Ceferin, has identified Real Madrid striker, Karim Benzema, as one of the “most under-rated players in history”.

Ceferin described Benzema, 34, as an incredible player who has always been in someone else’s shadow.

In an interview transcribed by RMC, Ceferin said, “For me, Benzema is one of the most underrated players in history.

“He’s an incredible player. Nowadays, he is more recognised, but he has always been in someone else’s shadow.

“It is incredible how he scores goals, by finding a way, even when it seems impossible.”

Benzema has been in brilliant form for Real Madrid so far this season.

The France international helped the Los Blancos to win the LaLiga title a few days ago.

The former Lyon star is currently the top goal scorer in the Champions League this season with 15 goals after sending Real Madrid to the final, where they will face Liverpool later this month.