Home Entertainment You’re only relevant in Africa because of Nigerians – Uche Maduagwu blasts... 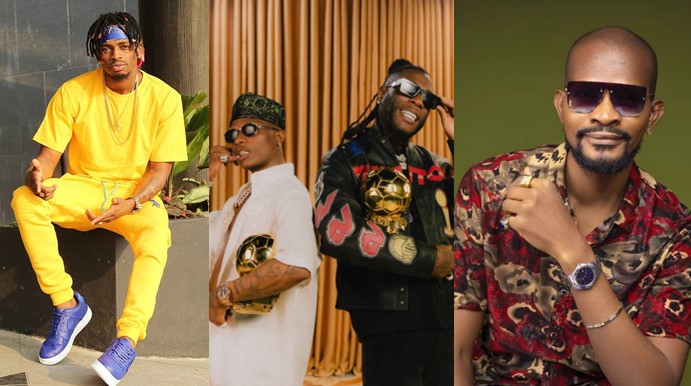 Recall that Platnumz via social media, mocked both artistes by stating that he has risen above them after becoming the first Sub-Saharan artiste to surpass 1 billion YouTube views.

He then made a reference to Wizkid being helped by Drake, and Burna Boy being Diddy’s protege.

In reaction, Uche Maduagwu said that Nigerians are to thank for making the Tanzanian music star relevant in Africa.

He said it is wrong for Diamond Platnumz to throw shade at Wiz and Burna simply because they allegedly refused to work with him.

“Dear Diamond stop being ungrateful. Your Naija fans made you relevant in Africa. One billion views without smelling Grammy award na zero achievement. Just because Starboy and Odogwu refuse to do collabo after begging. Is that why e dey pain you?”

Before #NANA song with Flavour, nobody took you seriously as a singer for #Africa despite your popularity in #Tanzania you still felt the need to enter #Naija market to dominate African #music space, luckily you eventually did, thanks to our generous singers upgrading East #African singers since 1901.

Throwing shades at Starboy and Burnaboy for allegedly refusing to do collabo with you because you want to enter #American global market is wrong.”