Home GOSSIP Lady who refused to leave her fiancé that earns N35k falls into... 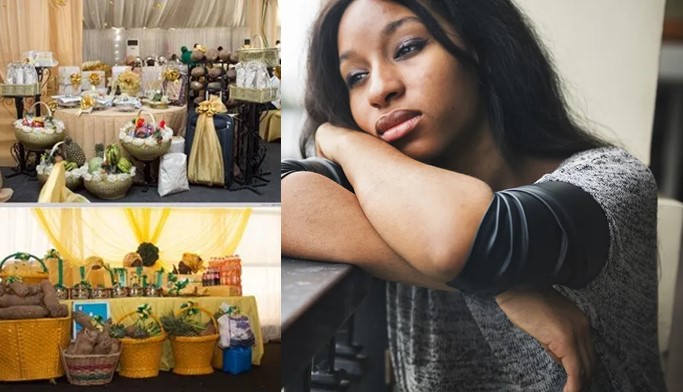 A Nigerian lady is having mixed emotions due to her decision to stick with her fiancé despite the fact that makes N35,000 monthly

A Twitter user identified as Rowland shared her story on the microblogging platform, and revealed that he had advised her to leave him because he would not be able to pay her bride price, but she did not listen.

However, six years later and they are still unable to move forward with marriage plans because of her boyfriend’s financial status.

Rowland said the lady is depressed about the situation, however, she wants to keep the matter private because she is worried about what people will say.

He narrated; ”I told a girl to leave a guy cos the guy is not financial buoyant to pay her bride Price and there’s a guy fully loaded and Ready to pay the bride Price, she went ahead to tell the guy now I am their enemy.

The guy reported to the Pastors I was called into in Pastors conference meeting to defend myself since then na Hello Good morning I dey do.. The relationship is almost 6years now no sign of wedding

And the Guy can’t pay that bride Price I swear. The lady is from Benue state, TiVi to be precised, when I saw the list i don’t need anyone to tell me this guy can’t pay it except God intervene and send helper.. The cloth wey father in-law go wear alone is 200k.

10kegs of palm oil and this guy is earning 35k monthly we’re still looking and Praying the lady eye go soon open, even if love blind you no go dey use your inner eye to see

The girl want Classic wedding n she insist that the Traditional wedding must be done. Though that’s her family wish n interest cos she’s the first born.

Serious relationship is not for the Broke….person wey him life never get structure no dey build mansion on top… 6yrs on going now the relationship is still floating.. I didn’t utter such statement but the girl was depressed n thinking a lot

She’s bothered about what people will say, like 6years of open relationship and nothing to show off and a guy of a year is ready to do all the necessary stuff.. I begged the girl to allow the wedding to be done solemnly she said her father won’t accept.”