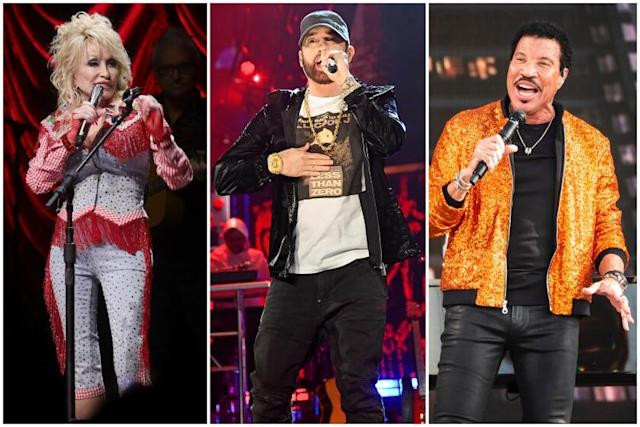 The Rock & Roll Hall of Fame 2022 inductees have been announced.

Additionally, Judas Priest and songwriting/production powerhouse duo Jimmy Jam & Terry Lewis are also joining the Rock Hall with the “award for musical excellence” (which was originally titled the “sidemen” category when it debuted).

After previously requesting to remove herself from the nomination process, Dolly Parton was included in the list.

Parton tweeted that she was “honored and humbled” by her inclusion.

She wrote: “I am honored and humbled by the fact that I have been inducted into the Rock and Roll Hall of Fame. Of course, I will accept it gracefully. Thanks to everyone that voted for me and to everyone at the @rockhall. I will continue to work hard and try to live up to the honor.”

This year’s induction ceremony will be held on Nov. 5 in Los Angeles, where it was previously staged in 2013 and 1993, at the Microsoft Theater. The show will air later on HBO and HBO Max, and will be simulcast on SiriusXM.