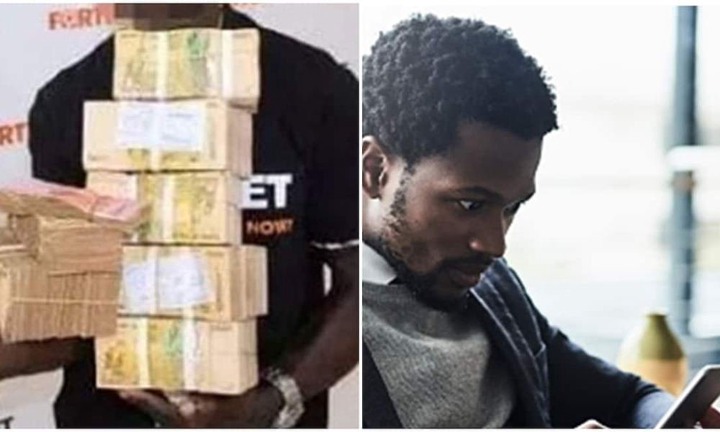 Trouble is currently brewing between a Nigerian man and his girlfriend after he played sports betting in Nigeria and won the whopping sum of N100m.

The problem is that the N10k seed money he used to play the bet was stolen by him from his girlfriend.

He gives his girlfriend her N10k and N5m

However, he has offered to return the N10k he stole from his girl and also give her N5m out of the N100m.

His girlfriend has vehemently rejected this proposition. She is demanding N40m apparently on the premise that the invested funds belonged to her.

She threatens to leave him

The lady in question has threatened to leave the man should he not offer her the N40m from the money won from the betting adventure.

The man is said to be in a dilemma as he doesn’t want to lose his girl and is also not keen on parting with the N40m she is demanding.