Muslim faithfuls around the world celebrates Eid al-fitr which means “Festival of breaking the fast” after observing a month long fast from dawn to sunset during the holy period of Ramadan.

However, Barcelona attacker, Ansu Fati and his beautiful mum, Lurdes Fati were spotted in native as they celebrate Eid al-Fitr. 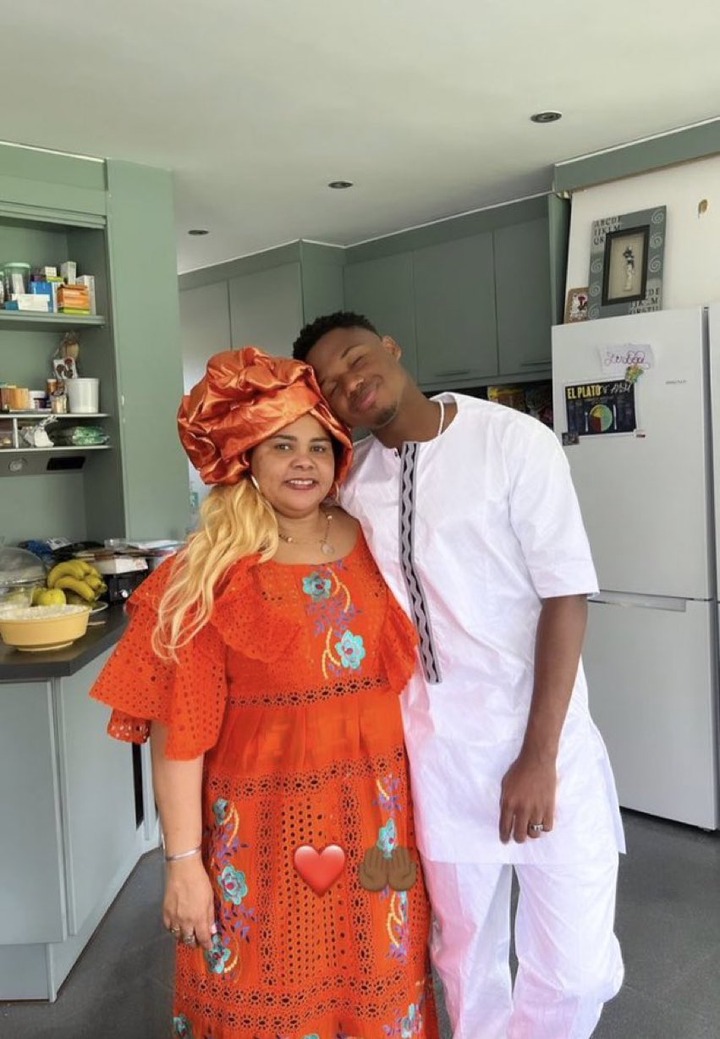 The Spain international shared the picture of himself and his mother in native attire on his Instagram story alongside a love emoji as they celebrate Eid al-Fitr together. 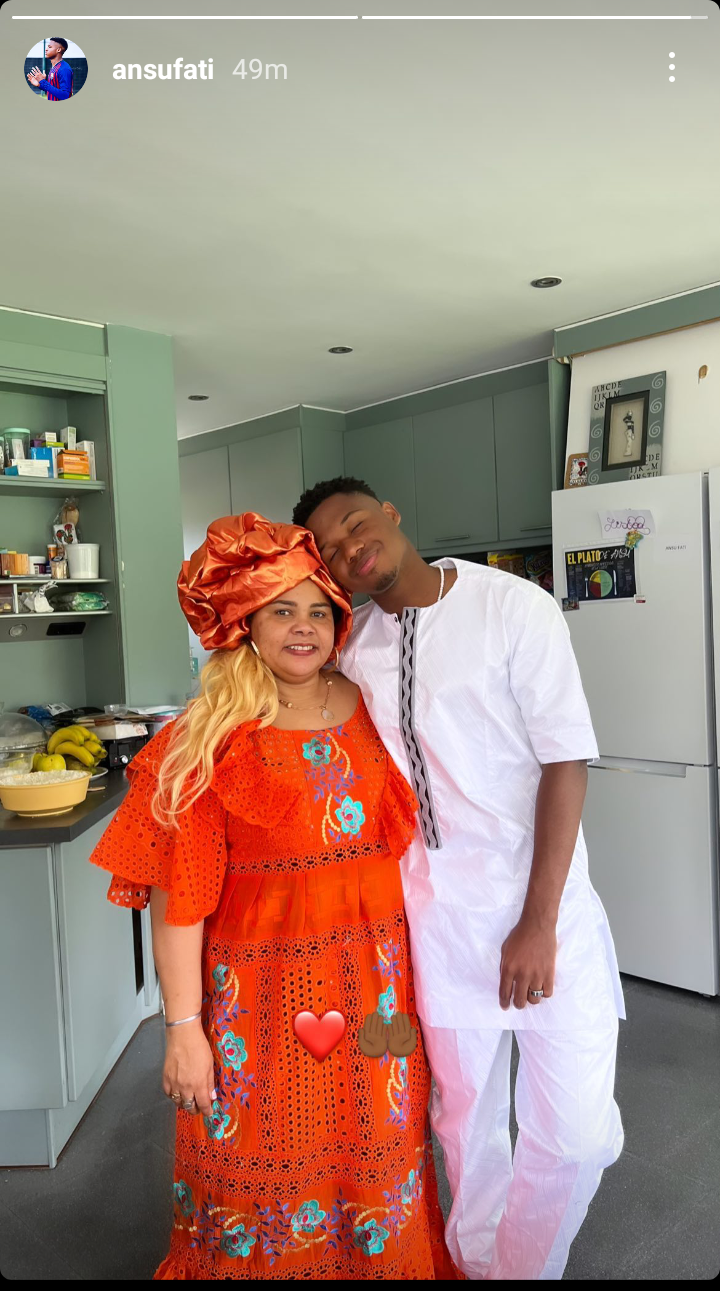 Ansu Fati made his long awaited return to action on Sunday at Camp Nou, coming on for Pierre Emerick Aubameyang in the 75th minute of the 2-1 victory over Mallorca. 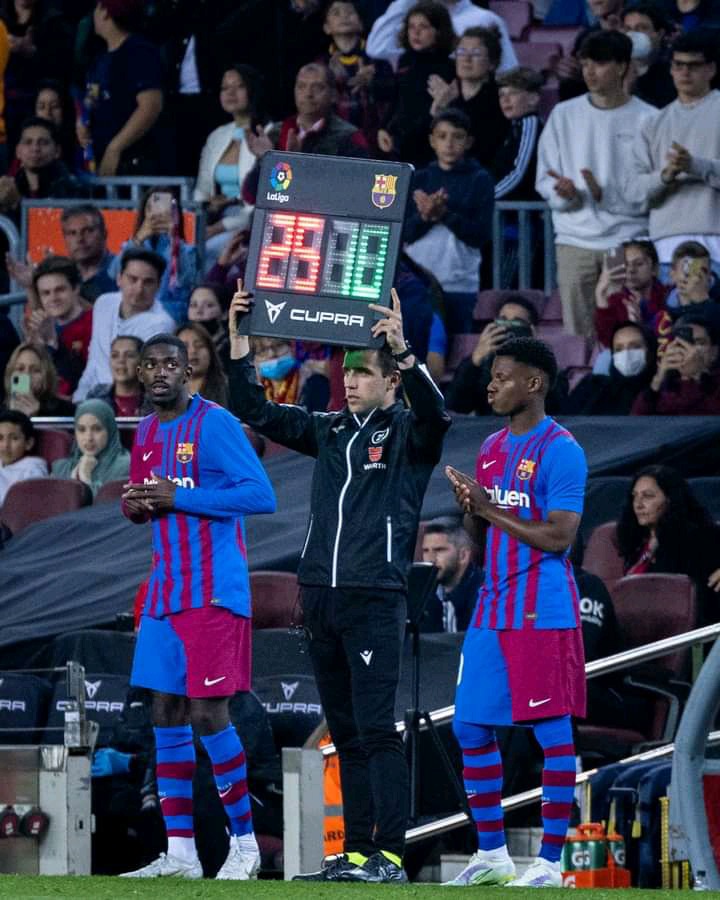 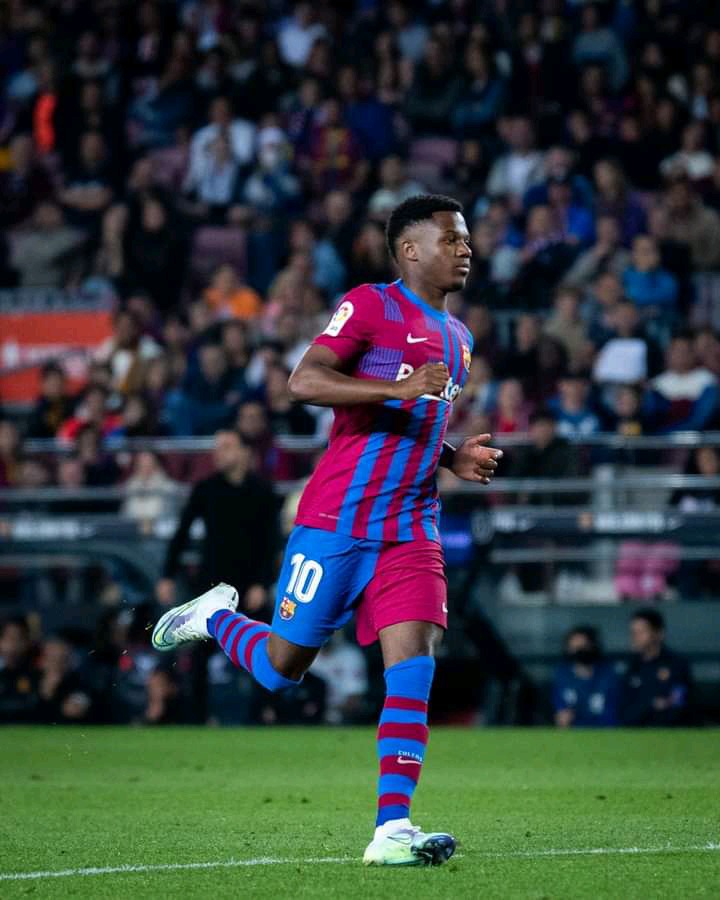 The injury he suffered at the end of January, in the match against Athletic Club during the Copa del Rey.

Despite having little time to show what he is truly made of this season, Ansu Fati has recorded five goals.