Home Entertainment Video: Oyibo man stops to hail Portable after recognising him on the... 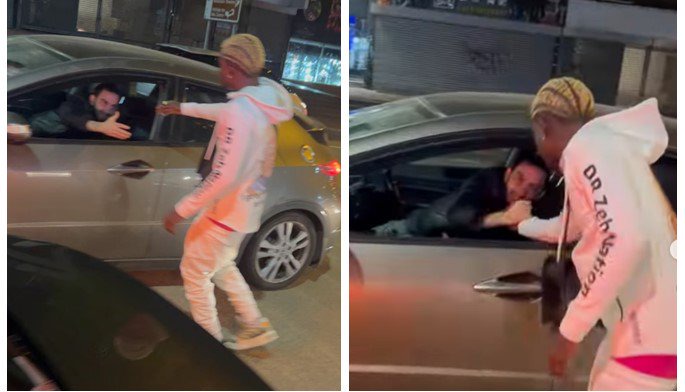 Nigerian singer, Portable has a fanbase that cuts across borders and race, and this has been proven with a recent encounter in London.

The Zazuu star was walking on the road when a white man driving a car recognised him and decided to stop to throw some salutations.

He screamed ”Zazuu”‘ and called out to Portable to greet him while also expressing excitement that the musician is live in London.

The oyibo man asked about a friend of the singer known as EJay, in response, Portable said he is around. They exchanged a few more words before the man drove away.

Sharing video, Portable captioned; ”ZAzuu in Birmingham City Caspian pizza 🍕 We Cruising Bizza Bizza if you get money chop life he get why.”