Home GOSSIP Father storms University of Ibadan to drag his son home after he... 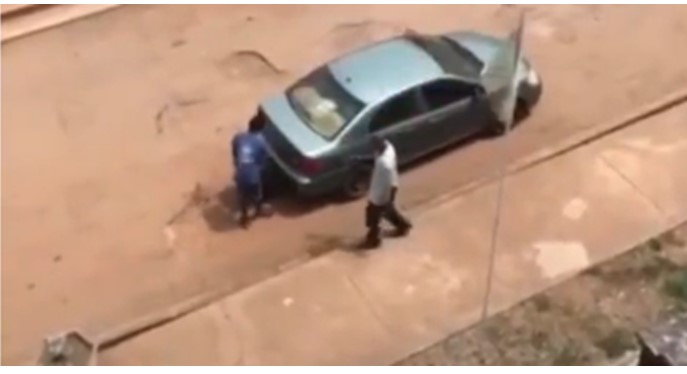 A video making the rounds on social media platforms shows the moment a man stormed the University of Ibadan to take his son home.

The student reportedly insisted on staying in school despite the ongoing ASUU strike, and seeing as there was no visible end to the strike action, his dad decided to forcefully bring him home.

Some other students in the hostel could be heard mocking their colleague as he put his luggage in the boot of the car his father drove to pick him up.

The young man covered his face as he seemed embarrassed by the mockery and a part of the clip showed what looked like him crying.

UI students tr##l their colleague whose dad stormed the school to [email protected] him home after months of ASUU strikepic.twitter.com/MwBg4GWebU