Home GOSSIP ”Show us your man” – Fan probes DJ Cuppy about her relationship... 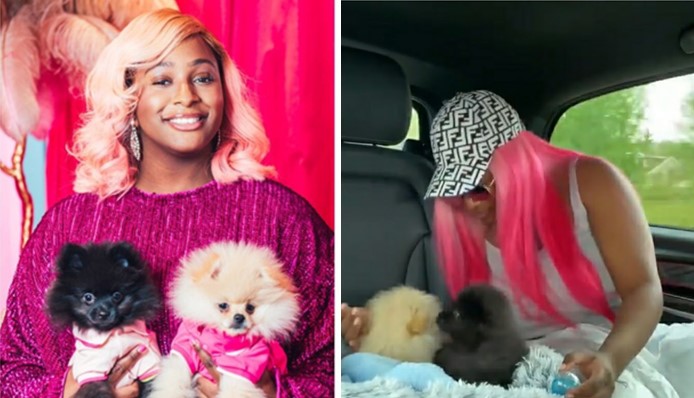 Celebrity Disc Jockey and music producer, Florence Otedola aka DJ Cuppy, has reacted to a fan’s inquiry about her relationship status.

A Nigerian man known as Asacha Michael asked her to show off her man or it would be safe to assume that her relationship with her dogs, Dudun and Funfun, is a lot more than she portrays.

In response, the billionaire heiress revealed that she does not have a man she is dating at the moment.

Taking to her Twitter account, the Gelato hitmaker also stated categorically that her spec is only the ‘human species’.

She wrote; ”I am SINGLE and my type is the HUMAN SPECIES 😅🧬 #CuppyDat”