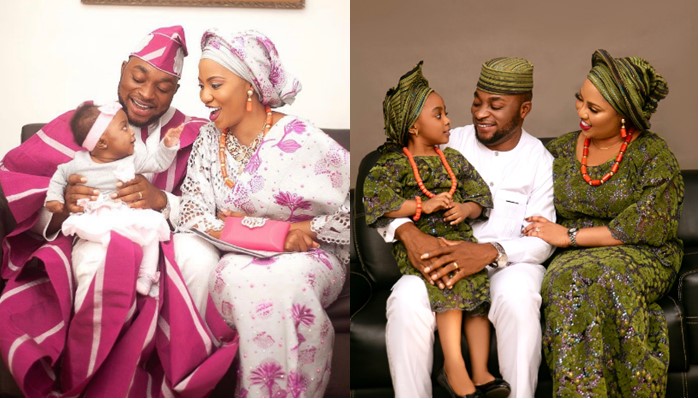 A Nigerian photographer has given netizens something to smile and gush over by sharing before vs after photos of a beautiful family.

Kimilokan posted two photos of a Nigerian family consisting father, mother and child, on their anniversary as he revealed that he snapped both images.

He wrote; ”Photographed this couple for their wedding anniversary three years ago and this year ❤️”

Both the family and the photographer

Nothing Is sweeter abeg

Congratulations to them and you too