Mixed reactions on social media as Paris Saint-Germain star player, Kylian Mbappé gave his verdict on whom he would imitate between Portuguese international Cristiano Ronaldo and Lionel Messi as he continues to make progress in his football career.

Mbappe who became a teammate with Lionel Messi after the Argentine captain joined the French Ligue 1 club last summer on a free transfer stated reasons why he would like to imitate Cristiano Ronaldo and not Lionel Messi. Both players (Lionel Messi and Kylian Mbappe) have played together in the league and UEFA Champions League this season. 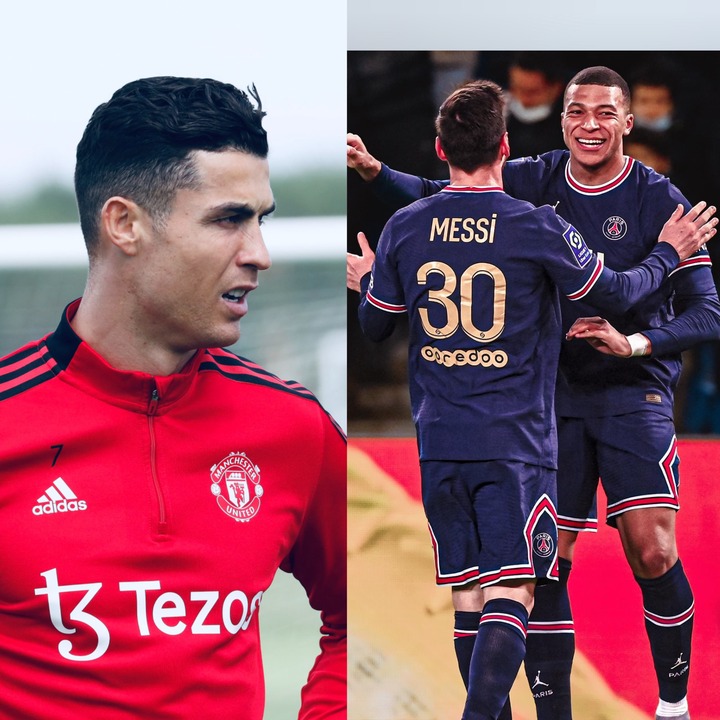 In the past, Kylian Mbappé revealed that Cristiano Ronaldo was his idol and a photo of the five-time world best player of the year was seen in Mbappe’s room when he was 13 years old. It is believed that the Frenchman is a big fan of Manchester United’s Cristiano Ronaldo despite not planning to imitate Lionel Messi. 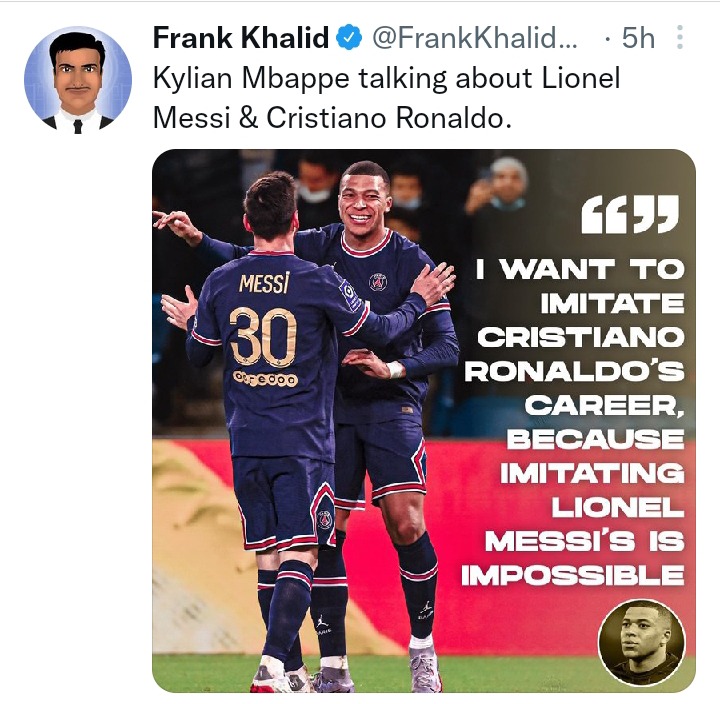