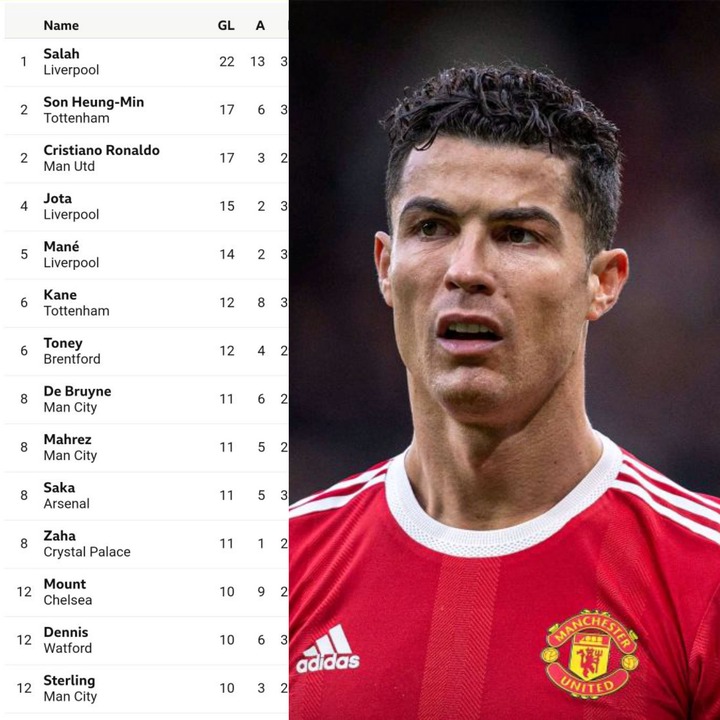 So because of that, I decided to put up this article to display the current standings after Cristiano Ronaldo scored a crucial goal for Manchester United and closed the gap on Mohamed Salah.