Real Madrid manager, Carlo Ancelotti has revealed his players failed to stick to his game plan during their 4-3 defeat by Manchester City on Tuesday night. 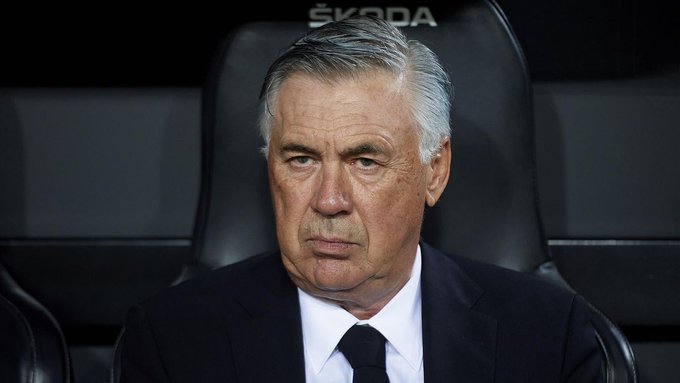 Ancelotti has explained that he wanted his team to defend first at the Etihad.

However, they were quickly two goals down, with Kevin De Bruyne and Gabriel Jesus scoring for the Premier League champions.

Karim Benzema pulled one back, before Phil Foden put City ahead again.

Bernardo Silva struck after Vinicius Junior scored for Los Blancos, before Benzema’s late penalty made the margin a narrow one.

Ancelotti was asked after the match if he planned to go to City and create an open game.

He replied: “Not really, no [the plan wasn’t to attack Gung-Ho].

“The plan was to defend better. We started really badly and conceded two goals really early.

“But then we were able to react and we reacted really well. We stayed in the game and we are staying in this round. We have a home game and our supporters could help us.”

On the game itself, Ancelotti added: “It was easy to read this game, for sure. We have to defend better. [Pep] Guardiola can say the same. The strikers had a better game than the defenders.”