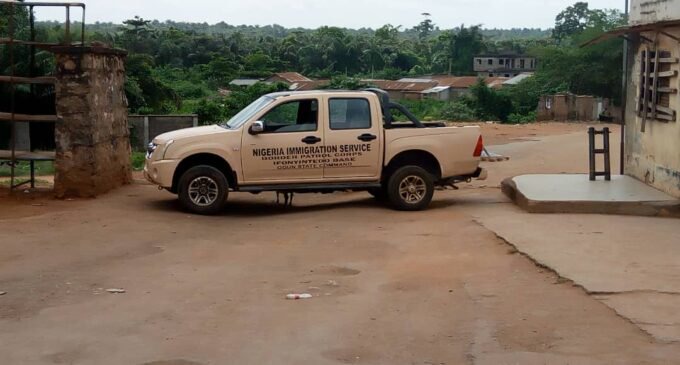 On Friday, the Nigeria Customs Service (NCS) announced the reopening of four more land borders comprising Idiroko in Ogun, Jibiya in Katsina, Kamba in Kebbi and Ikom in Cross River.

An open border enables the free movement of people (and often of goods) between jurisdictions with no restrictions on movement and lacks significant border control.

In August 2019, Nigeria’s land borders were closed over the rapid increase of illegal importation of drugs, small arms and agricultural products into Nigeria from neighbouring West African countries.

The move, in the wake of the African Continental Free Trade Pact, halted trade relations between Nigeria and neighbouring countries, including Chad, Cameroon, Niger and Benin.

The other borders were later impacted by coronavirus lockdowns.

TheCable looks at how the reopening of the border will impact the Nigerian economy.

AfCFTA is a trade agreement between AU member states to create “a single continental market for goods and services, with free movement of persons and investments”.

AfCFTA agreement – which aims to boost intra-African trade – was ratified by Nigeria in November 2020, about a month before the country reopened the first-four land borders.

In November 2021, Buhari said, under the African Continental Free Trade Area (AfCFTA), Africa could double its intra-African trade by 2030, reduce reliance on imports and therefore create more jobs within the continent.

In 2020, 19 per cent of Nigeria’s world exports and 8 per cent of world imports were intra-Africa, according to Trade Law Centre NPC (tralac), an independent think tank group.

The approval for an additional reopening of more borders would further increase the mobility of Nigeria’s import-export transactions with other African countries in the face of geopolitical realities such as the Russia-Ukraine war.

Nigeria would further enhance its export earnings as more locally-produced goods leave the country through its land borders to other African countries.

Small and medium-sized businesses (SMEs), especially in border communities, were severely impacted by the border closure.

According to PricewaterhouseCoopers (PwC), SMEs contribute 48 per cent of the national GDP and account for 96 per cent of businesses and 84% of employment in Nigeria.

The land borders contribute a great deal to the sector’s ease of doing business.

It will also reduce the burden and cost of transporting goods for businesses in states without inland container depots.

Apart from the need to curtail the smuggling of goods into the country, the government was clear that the closure of the borders was to promote in-country production and bolster the country’s export drive.

For instance, the government reinforced the local production of rice through the Anchor Borrower Programme (ABP) of the Central Bank of Nigeria (CBN) — encouraging buyers to embrace made-in-Nigeria products and banning forex supply for some items.

However, the country still recorded N1.94 trillion foreign trade deficit in the previous year, according to the National Bureau of Statistics (NBS).

Opening more land borders could trigger increased competition with local production if the importation of international goods is not properly regulated — defeating the purpose for which the border was initially closed.

An economist with one of the big fours told TheCable that the paramount importance should be the emphasis on making locally produced goods more competitive.

“So, the government can instead channel its energy and incentivise productivity by improving the state of infrastructure, increasing access to finance and FX, improving security, revamping the energy sector,” he said.

He said the government needs to prioritise border security with the right technologies and manpower.

According to him, the impact of the closed borders hurt the Nigerian economy even as food inflation skyrocketed from 13.17% in August 2019, reaching a peak of 22.95% in March 2021 before decelerating.

“Therefore, the conversation should be tilted towards securing the border rather than completely shutting the borders,” the economist added.