Manchester City have the advantage in the Champions League semi-finals after edging out Real Madrid 4-3 in a thrilling first leg at the Etihad Stadium. 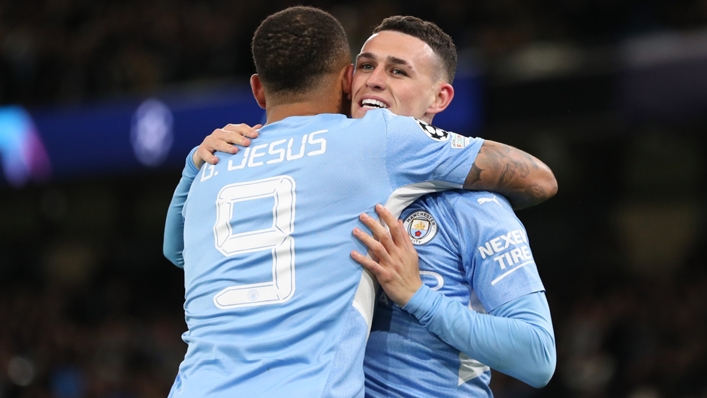 Pep Guardiola’s side made a stunning start, striking twice in the opening 11 minutes through Kevin De Bruyne and Gabriel Jesus.

The hosts hit back through Bernardo Silva’s stellar strike, but Benzema’s nonchalant late penalty cut the gap to a single goal ahead of the second leg at the Santiago Bernabeu next Wednesday.

City made a flying start and took the lead courtesy of the quickest goal scored in a Champions League semi-final.

Indeed, just 94 seconds were on the clock when De Bruyne – the hero against Atletico Madrid in the quarter-finals – headed home from Riyad Mahrez’s delicious cross.

De Bruyne turned provider as the hosts doubled their advantage nine minutes later; his cross ricocheting kindly for Jesus to tuck away.

Mahrez and Phil Foden squandered chances to widen the margin before Madrid pulled one back as Benzema brilliantly volleyed home from Ferland Mendy’s centre.

City regained their two-goal buffer within eight minutes of the restart, Foden ghosting in to head home Fernandinho’s cross.

Madrid responded almost immediately as Vinicius raced down the left flank from inside his own half, before slotting past Ederson.

But Los Blancos had the final word courtesy of Benzema’s Panenka-style penalty after Aymeric Laporte handled in the box.