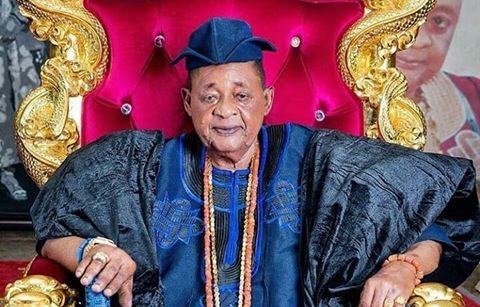 Most markets in the ancient city of Oyo in Oyo State have been shut due to death of His Imperial Majesty, the Alaafin of Oyo, Oba Lamidi Adeyemi 111, who spent over 50 years on the throne, the first in history.

The remains of the monarch are currently being prepared for burial according to Islamic rites.

Islamic clerics, led by the Chief Imam of Oyoland, Sheikh Mos’ud Ajokidero and those from Sarumi family, were seeing moving and taking materials into Aganju Forecourt, where the body is to undergo Islamic bath.

Oba Adeyemi’s first son, Barr. Babatunde Adeyemi, and some of his siblings were seen inside the large hall.

Bishop Ayo Ladigbolu, Oba Adeyemi’s closest ally, was seen discussing and giving instructions along with Oyomesis, led by the Basorun of Oyo, High Chief Yusuf Ayoola, who took charge as the head of the ancient town till another Alaafin is installed.

Alaafin Adeyemi is to be buried according to Islamic rites in Bara, a 5-minute drive from the palace.

An Oyo prince revealed that the name, Bara and the culture of burying Aláàfin in the place started in ??yo Igboho, where four Alaafin reigned.

Traditional worshippers, including adherents of Sango and Osun were seen in large numbers at the palace.

Honeybees were seen having a field day, flying around, an indication that it was honeybees calabash that the monarch picked during his installation 52 years ago.

Youths and women have also besieged the palace, while the wives, princes and princesses of the monarch were inside their various compounds.

Security men are having hectic time controlling the surging crowd as observed by our correspondent.